Fabinho once again started in the heart of Liverpool’s midfield during their Champions League group stage clash with Napoli but the Brazilian international failed to make it to half-time after picking up a knock.

The 26-year-old injured his ankle early in the first half during a collision involving Dejan Lovren and Hirving Lozano and limped off to be replaced by Gini Wijnaldum in the 19th minute.

Liverpool fell behind to a Dries Mertens strike minutes later before salvaging a 1-1 draw thanks to a Lovren header midway through the second half to leave them needing a result in Salzburg to seal qualification to the knockout rounds.

However, Klopp’s immediate concern after the game was Fabinho’s injury and the midfielder was photographed wearing a protective boot on his left ankle after the match.  Klopp fears it could be a serious problem but he’s holding out hope for positive news when they find out the full diagnosis in a day or two. 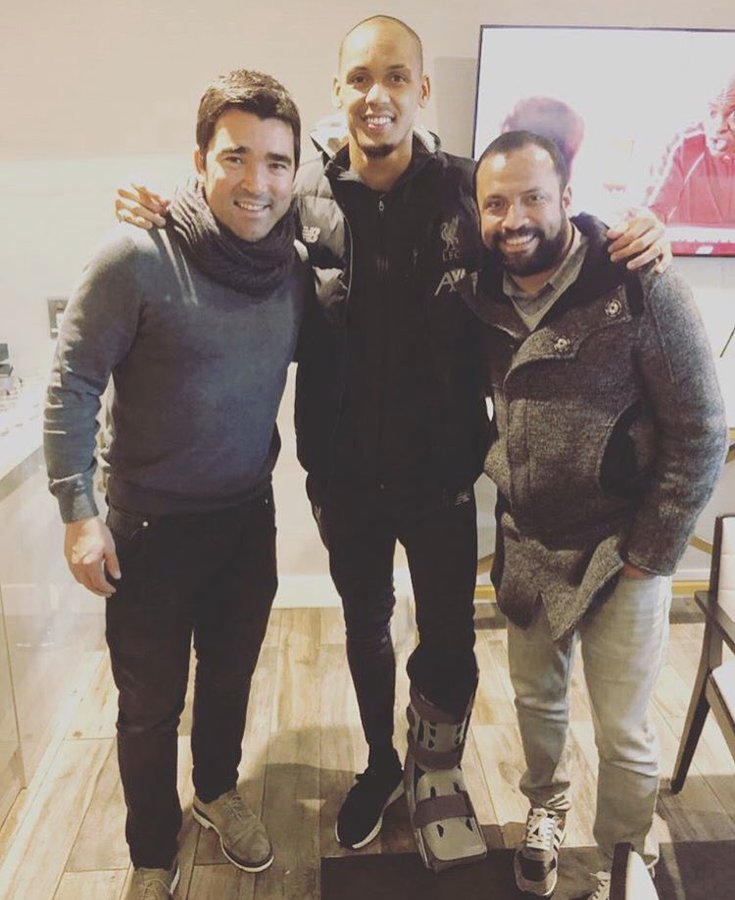 According to Liverpoolfc.com, Klopp told reporters after the game:

“Of course it’s still early and we all hope it’s not too serious but it’s pretty painful in an area where you don’t want to have pain, around the ankle and shin, so we have to see.”

“He is a really hard one and couldn’t continue. I don’t want to say what I expect, because I hope in the moment it’s not that serious.

Liverpool now face an anxious wait to find out the full extent of the damage but they’ll be praying for good news as Fabinho has been a key player in Klopp’s starting eleven once again this season.

The South American is banned for Saturday’s clash with Brighton after accumulating five yellow cards this campaign but Klopp will be hoping he’s able to make a swift recover to be in contention for the Merseyside derby against Everton next Wednesday night.

Liverpool’s 1-1 draw with Napoli yesterday leaves them sitting top of Group E – just one point above Napoli and three ahead of Salzburg – so they need a positive result in Austria next month to book their place in the next phase of the Champions League.