This is our match preview ahead of Liverpool’s Premier League clash with Everton at Anfield including team news, line-ups and prediction

Liverpool will be looking to extend their lead at the top of the table with a win over Everton at Anfield this evening.

Manchester City moved up to second and reduced the gap to eight points with a resounding win at Burnley on Tuesday night so Liverpool will be keen to restore their 11 point lead over the defending champions with a win tonight.

Jurgen Klopp’s side continued their formidable form with a 2-1 win over Brighton at the weekend making it 13 wins and a draw from their 14 Premier League games so far and another victory over Everton would take them one step closer to the title.

However, Everton’s fortunes couldn’t be any more different as they make the short trip to Anfield sitting 17th in the division and just two points above the relegation zone following a poor start to the season.

Manager Marco Silva is under huge pressure after their painful last minute defeat to Leicester City at the weekend and a heavy loss against rivals Liverpool tonight could be the final nail in his coffin.

Liverpool will be without number one goalkeeper Alisson Becker as he’s suspended following his dismissal during the win over Brighton at the weekend so Adrian will be recalled between the sticks.

The Reds have confirmed Joel Matip remains unavailable for selection as he’s still nursing a troublesome knee injury while Fabinho has been ruled out for a number of weeks with an ankle ligament injury.

Everton welcome Theo Walcott back into the squad after he recovered from a knock but Seamus Coleman remains out along with Fabian Delph – who’s struggling with a thigh injury.

Andre Gomes is another absentee for the Toffees as he’s out with an ankle injury while Jean-Philippe Gbamin and Cuco Martina are also still on the sidelines with thigh and knee injuries respectively. 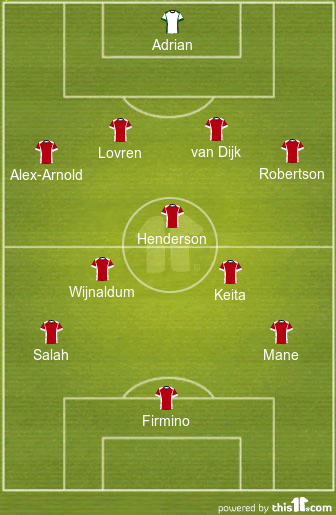 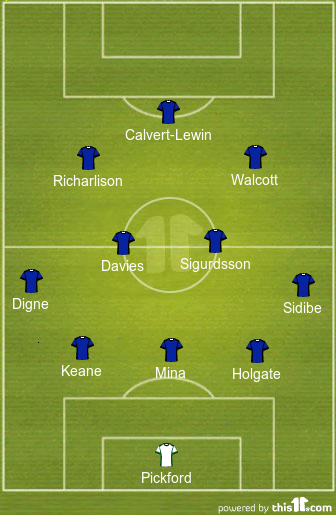 Liverpool 3-1 Everton: Liverpool are unbeaten in their last 17 league games against Everton and haven’t lost a league game at Anfield to the Toffees since 1999. This game couldn’t have come at a worse time for Silva as Klopp’s men are in formidable form as they’re unbeaten in 31 league games and I don’t see that record ending tonight.

Everton are in disarray and even without Alisson and Fabinho, I can’t see past a routine Liverpool win tonight. I’m going for 3-1 Liverpool with Mohamed Salah among the scorers.