This is our match preview ahead of Man Utd’s clash with Everton at Old Trafford including team news, line-ups and prediction

Manchester United get back to Premier League action when they take on Everton at Old Trafford this afternoon.

The Red Devils head into the game off the back of a comfortable 4-0 victory over AZ Alkmaar on Thursday night which booked their place in the knockout stages of the Europa League as group winners.

However, it’s domestic matters at hand today and Man Utd have an excellent opportunity to get themselves right back in the mix for the Champions League qualification places if they can come out victorious this afternoon.

With fourth-placed Chelsea losing to Bournemouth on Saturday, United can move up to fifth and to within just two points of the top four with a win over Everton today so Ole Gunnar Solskjaer won’t want to let this opportunity slip.

But three points won’t be easy to come by as United will be up against a rejuvenated Everton side that should be high on confidence following their impressive 3-1 win over Chelsea last weekend.

Caretaker boss Duncan Ferguson made a huge impact after taking over managerial duties following Marco Silva’s departure so he’ll be hoping to secure another positive result this afternoon.

Man Utd will continue to be without Paul Pogba as the French midfielder is not due to resume full training until next week after spending several weeks on the sidelines with a niggling ankle injury.

Eric Bailly and Tim Fosu-Mensah will also return to full training next week after long-term injuries while Diogo Dalot and Marcos Rojo are also still building up their fitness so the quartet of defenders remain unavailable for selection.

Everton were dealt a double injury blow ahead of the game with the news that Theo Walcott has been ruled out with a calf injury while Morgan Schneiderlin is also out with his own calf complaint.

Lucas Digne will need a late fitness test on a groin issue but Fabian Delph, Yerry Mina, Seamus Coleman, Jean-Philippe Gbamin and Andre Gomes all remain on the sidelines. 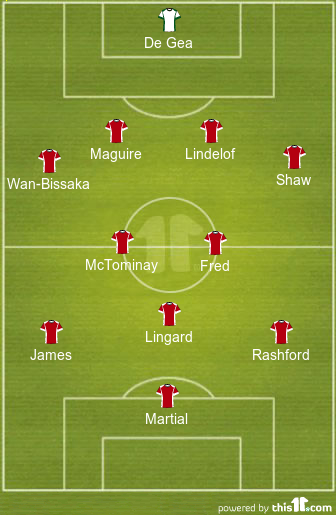 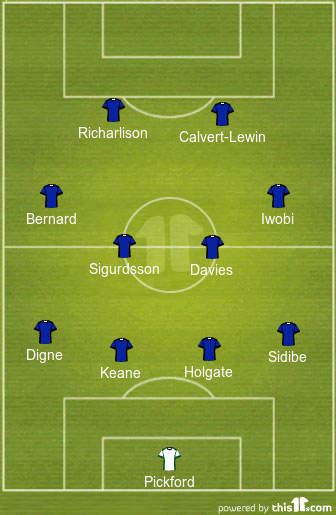 Man Utd 2-1 Everton: United have an excellent record in this fixture as they’ve won 36 of the 54 meetings with Everton and they’ve lost just one of the last 26 league games against the Toffees at Old Trafford. Everton’s win over Chelsea will have given them a lot of confidence and no doubt Ferguson will have got the players right up for this game.

However, United come into the match off the back of two highly impressive league wins over Tottenham and Manchester City so they have to be favourites today. I do think Everton will give a good account of themselves but I expect Man Utd to edge it.