This is our match preview ahead of Man Utd’s FA Cup clash with Wolves at Molineux including team news, line-ups and prediction

Manchester United take on Wolves at Molineux in the third round of the FA Cup on Saturday evening.

Ole Gunnar Solskjaer is under increasing pressure to get United’s season back on track following their 2-0 defeat to Arsenal on New Year’s Day which dented their hopes of finishing in the top four.

The Manchester giants now trail fourth-placed Chelsea by five points so it was certainly an opportunity missed at the Emirates for United to put some real pressure on their top four rivals.

However, the Red Devils must put that disappointment behind them and focus on cup matters today as Solskjaer will hope a good run in the FA Cup will give his squad a much-needed confidence boost.

Manchester United have been given a tough third round draw as they’ll face a tricky trip to Molineux to take on a Wolves side that sit just one point behind them in the Premier League table following a terrific start to the season.

The hosts recently proved yet again they can be a match for the big boys after beating Manchester City but Nuno Espirito Santo will be keen to get back to winning ways having lost their last two matches away to Liverpool and Watford.

United have been dealt a major blow ahead of the game with the news that Paul Pogba has been ruled out for another month after undergoing a small operation on an ankle injury.

Scott McTominay is also still on the sidelines with a knee injury so Andreas Pereira may be deployed alongside Nemanja Matic in midfield if Solskjaer wants to give Fred a rest.

Diogo Dalot, Marcos Rojo, Eric Bailly and Timothy Fosu-Mensah are close to returning from injury after resuming full training recently but this game may come too soon for the defensive quartet.

Solskjaer is expected to rotate his squad ahead of Tuesday’s Carabao Cup semi-final against Man City with the likes of Sergio Romero, Brandon Williams, Phil Jones, Ashley Young, Juan Mata and Mason Greenwood pushing for recalls.

Wolves are expected to be without Diogo Joto due to a dead leg while Willy Boly and Morgan Gibbs-White remain on the sidelines with ankle and back injuries respectively.

Espirito Santo may give Adama Traore and Joao Moutinho a rest with Ruben Neves set for a recall after being left out against Watford. 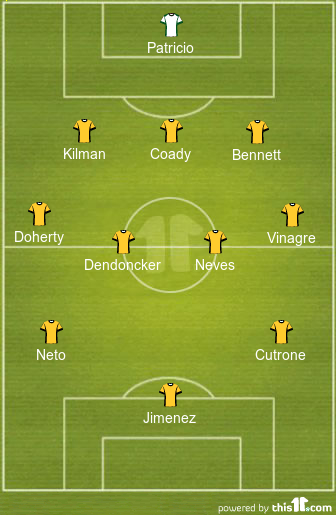 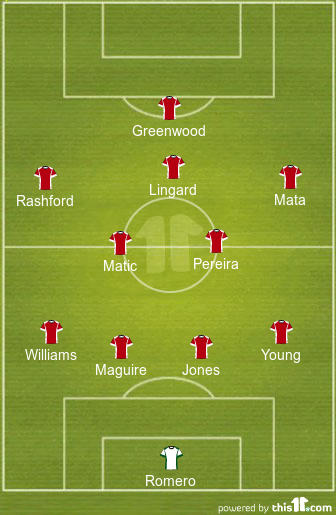 Wolves 1-1 Man Utd: Wolves will no doubt see this is a good opportunity to get one over United and book their place in the fourth round of the FA Cup, particularly as the visitors may have one eye on their Carabao Cup semi final. Man Utd have lost 11 and won just five of their last 21 away games in all competitions and they were knocked out by Wolves in the FA Cup last year.

United have responded well to set-backs this season so Solskjaer will be expecting a positive response following the defeat at Arsenal but Wolves are probably the slight favourites to win this one. However, I’m going to sit on the fence and back a 1-1 draw to force a replay.