This is our match preview ahead of Arsenal’s Premier League clash with Sheffield United including team news, line-ups and prediction

Arsenal will look to get back to wining ways when we take on Sheffield United at the Emirates Stadium on Saturday afternoon.

Mikel Arteta oversaw consecutive wins over Manchester United and Leeds United earlier this month but our mini-winning run came to an end with a frustrating 1-1 draw with Crystal Palace at Selhurst Park last weekend.

The result virtually ended any slim hopes of Arsenal getting back in the race for a top four finish as it’s left us sitting 10th in the Premier League table and 11 points off fourth-placed Chelsea so we’re highly unlikely to close that gap in just 16 games.

However, that doesn’t mean we’ve got nothing left to play for as Arteta is building for next season and we need to put everything into the Europa League and FA Cup so it’s important we continue to see progress on the pitch.

Arsenal welcome Sheffield United to north London tomorrow with the Blades sitting sixth in the table – four points above us – after an impressive return to the top flight so this certainly won’t be an easy game.

Arsenal will be without captain Pierre-Emerick Aubameyang as our top goal-scorer starts a three-match suspension following his dismissal against Crystal Palace last weekend. Gabriel Martinelli or Reiss Nelson should come in for the Gabon international in attack.

Hector Bellerin is back in full training after recovering from a hamstring injury that’s hampered him for over a month but he’s unlikely to be risked tomorrow so Ainsley Maitland-Niles will continue at right-back.

Sead Kolasinac is also a doubt after suffering a thigh injury in training so with Kieran Tierney still out with a shoulder injury, Bukayo Saka is likely to start at left-back tomorrow.

Calum Chambers remains out after undergoing surgery on a knee ligament injury but Lucas Torreira should be fit after making a swift recovery from a knock that forced him off against Palace.

Sheffield United have no fresh injury concerns to worry about so boss Chris Wilder has virtually a full squad to chose from. 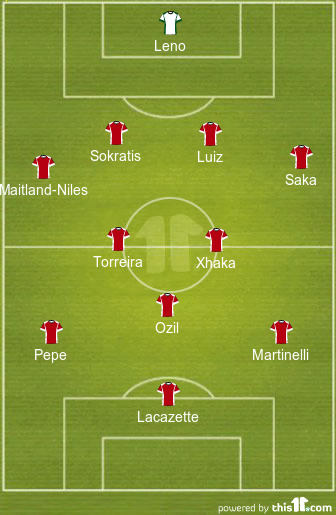 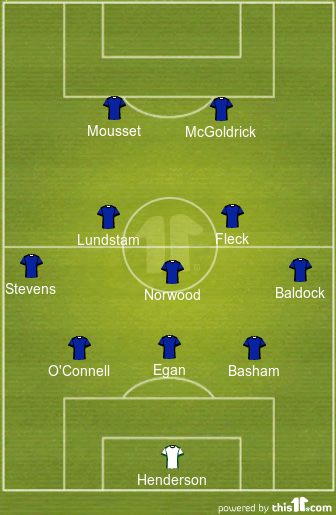 Arsenal 2-1 Sheffield United: The Blades won the reverse fixture 1-0 at Bramall Lane back in October but they are winless in their last nine visits to Arsenal as we’ve had a strong recent record at home against them [W8 D1]. Our home form this campaign have been poor overall as we’ve won just one of our last seven league games but Arteta will hope to improve upon that record during the second half of the season.

Aubameyang’s absence will be a huge blow and this will be a tough game against a well organised Sheffield United side but Arsenal still have plenty of quality going forward so I think we’ll have just enough to edge this one.