This is our match preview ahead of Man Utd’s Premier League clash with Man City at Old Trafford including team news, line-ups and prediction 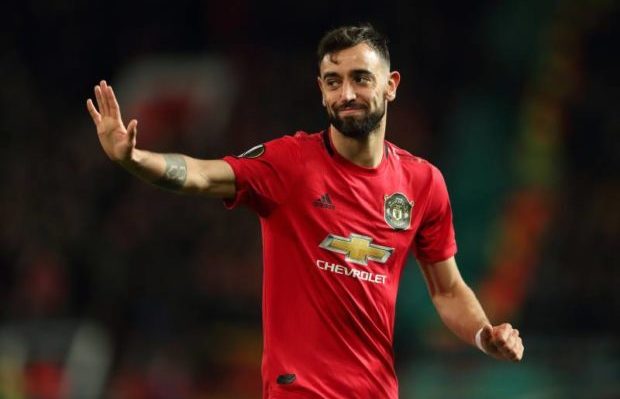 Manchester United will continue their push for the top four when they take on Manchester City at Old Trafford on Sunday afternoon.

United have enjoyed an upturn of form in recent weeks as they breezed into the last-16 of the Europa League with a 6-1 aggregate win over Brugge while they booked their place in the quarter finals of the FA Cup with a comfortable 3-0 win at Derby County on Thursday night.

It’s Premier League matters at hand tomorrow and Man Utd head into the game sitting just three points behind fourth-placed Chelsea so Ole Gunnar Solskjaer will be desperate to close that gap with a positive result in the Manchester Derby.

However, City make the short trip to Old Trafford tomorrow afternoon off the back of five consecutive wins in all competitions and they’ll still be in buoyant mood following their Carabao Cup win over Aston Villa last weekend.

Pep Guardiola’s side are seven points clear in second place with a game in hand on Leicester and they have two games spare compared to Liverpool but the leaders extended their advantage to a whopping 25 points win a win today so City know the title race is well and truly over.

Manchester United will make a late decision over Harry Maguire after he missed the FA Cup win at Derby with an ankle injury that he sustained in training. Eric Bailly should keep his place alongside Victor Lindelof if Maguire is ruled out.

Aaron Wan-Bissaka is also a doubt with a back injury that forced him to miss the trip to Pride Park in midweek while Daniel James is carrying a knock but the duo are being tipped to be passed fit to start tomorrow afternoon.

Manchester City star Kevin De Bruyne is a doubt after suffering a shoulder injury during the League Cup win over Aston Villa so Guardiola will make a late call over the Belgian’s inclusion.

Leroy Sane is back in training as he bids to return from a knee injury but he isn’t available just yet while Aymeric Laporte is still recovering from a hamstring injury. 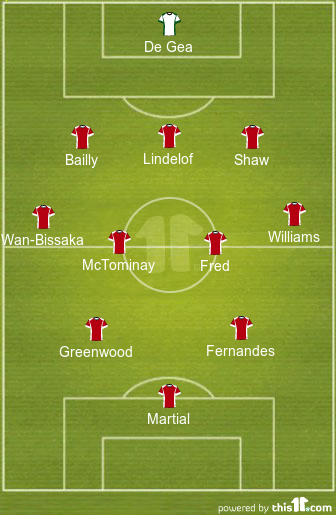 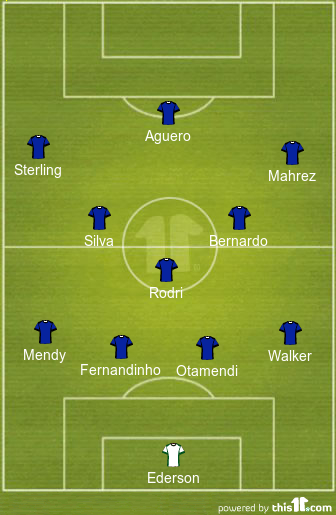 Man Utd 1-1 Man City: United have won the last two meetings between the two sides after winning the reverse fixture at the Etihad Stadium and knocking City out of the League Cup. However, they’ve lost their last three homes games against Man City in all competitions and the away side has won six of the last seven Manchester derbies so this should give Guardiola confidence heading into the game.

Manchester United have certainly been a lot more solid in recent weeks as they’ve kept three clean sheets in their last four Premier League home games and I don’t see Solskjaer opening up against this dangerous City side. The visitors know the league title is gone but they still have pride left to play for and I fancy City to get a point tomorrow. I’m going for a cagey, feisty 1-1 draw.