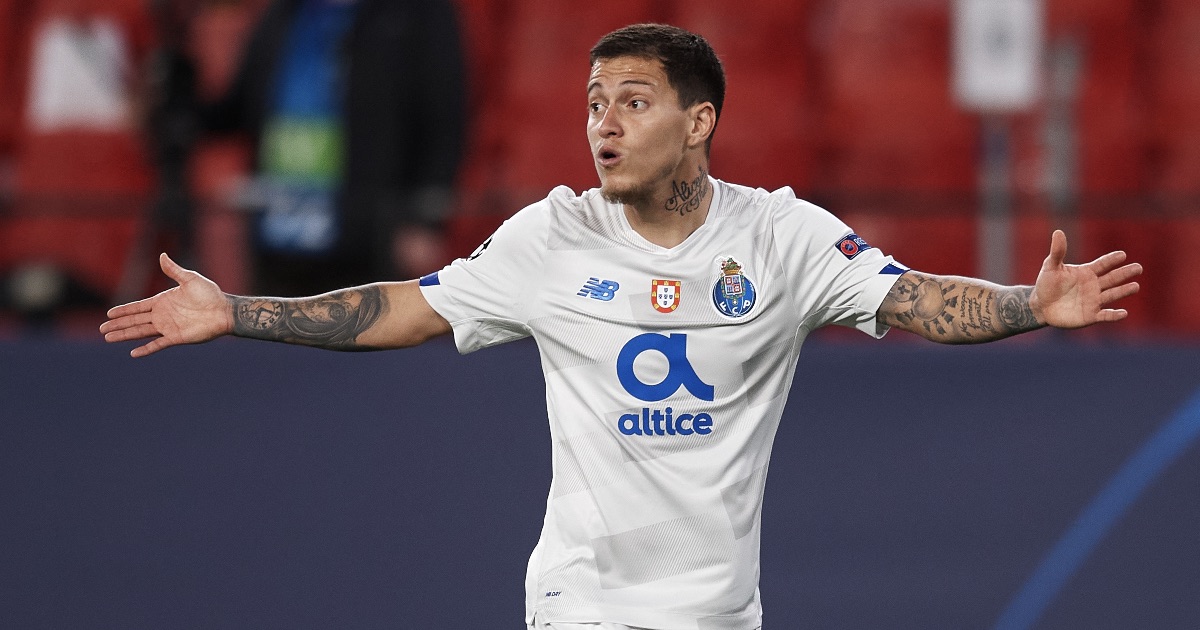 Liverpool are in advanced negotiations to sign Otavio with Jurgen Klopp pushing for the club to land the £51m-rated Porto attacker this summer, according to reports in Portugal via 90Min.

Klopp has already signed centre-back Ibrahima Konate from RB Leipzig while the Reds boss is also in the market for another midfielder to replace Gini Wijnaldum following his free transfer move to Paris Saint-Germain.

However, another versatile attacker is reportedly a priority for Klopp as he wants to bring in a player who can help ease the load on Mohamed Salah, Diogo Jota, Roberto Firmino and Sadio Mane next season.

Several players have been linked with a move to Anfield but Otavio has emerged as a potential target in recent weeks and 90min are citing a report from A Bola that claims Liverpool are now in advanced negotiations over a potential deal.

The Portuguese outlet says Klopp is the driving force behind the move for the South American with the German coach keen to get a deal wrapped-up as quickly as possible before Otavio’s release clause increases.

According to A Bola, via 90min, the 26-year-old has a buyout fee of £51m written in to his contract but any club can sign Otavio for around £34m as long as the deal is completed by June 30th at the latest.

There isn’t much time left for Liverpool to get the move completed by the end of the month so they better act swiftly if they want to sign the Brazilian attacker for the reduced fee of £34m otherwise they’ll face paying upwards of £50m.

Otavio has impressed at Porto since arriving at the club and he chipped in with 5 goals and a further 12 assists to help them finish second in the Primeira Liga behind Sporting Lisbon last season.

The former Internacional star has mostly played from the left wing but he’s also comfortable playing as a central attacking midfielder or on the right flank so his versatility will be viewed as a useful asset by Klopp.

We’ll have to wait and see how things develop over the coming days as Liverpool may be reluctant to spend too much on a player who’s unlikely to be a first team regular. However, they can offset the Otavio fee with the likes of Xherdan Shaqiri, Takumi Minamino and Harry Wilson expected to be sold this summer.