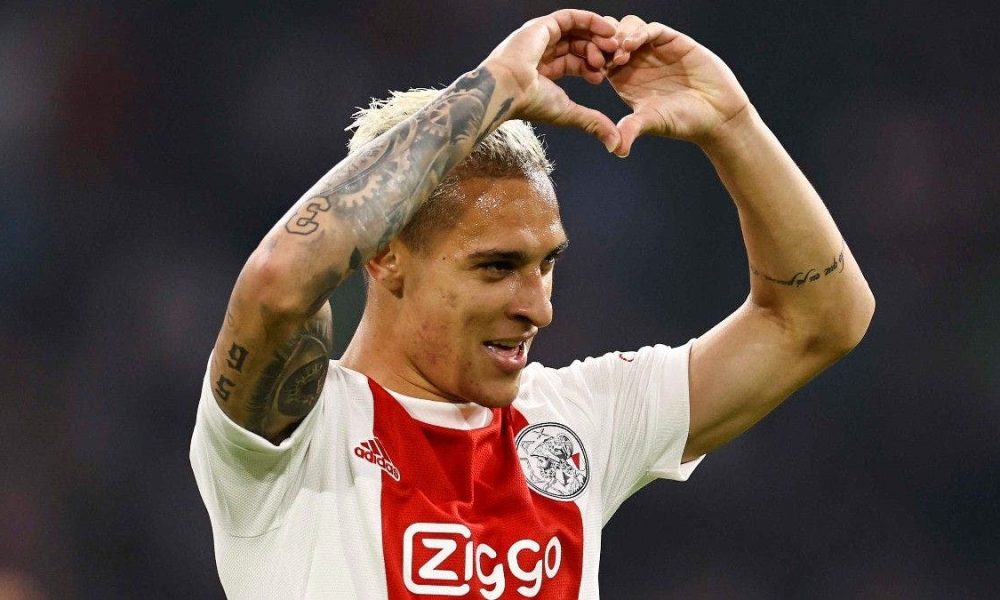 Manchester United have made a £51m [€60m] bid to prise away Antony from Ajax but the Dutch club are holding out for more, as per Goal.

The news outlet claims that Ajax are demanding a fee in the region of £71m [€80m]. That means United are £20m short of their valuation so a deal is still some way off being agreed.

The Eredivisie champions are looking to keep the Brazilian winger for at least another season, but Goal says the player is keen on reuniting with his former boss Erik ten Hag at Old Trafford.

Antony has been linked with a switch to the Premier League this summer. ten Hag is eyeing the attacker’s signature after spending two seasons coaching him in Amsterdam.

The 22-year-old’s contract with de Godenzonen runs until 2025 and Alfred Schreuder wants him in his plans for the next season. However, as per the report, Anthony’s agents are demanding Ajax lower their asking price to help push through a move to Man Utd.

The South American has emerged as a priority attacking signing for Erik ten Hag. Under his tutelage, Antony provided 22 goals and 20 assists in 79 appearances for Ajax.

The Red Devils are in need of a more goal threat in the final third as last season they could only manage to score 66 goals. Moreover, with Cristiano Ronaldo seemingly keen for a move, the need for a genuine goal-scorer at Old Trafford has become apparent.

Currently, United’s frontline consists of Ronaldo, Marcus Rashford, Jadon Sancho and Anthony Martial as their dependable options. The cases of Rashford and Martial are curious ones with the former being vastly out of form last season and the latter struggling in his loan spell at Sevilla. Ten Hag will look at Martial in pre-season but reports suggest United want to sell the Frenchman.

Antony is someone who carries a genuine goal-threat whenever he runs with the ball. He is predominantly a right winger but he can play anywhere across the front line so his versatility would be an asset for Man Utd.

Will United get this deal over the line? Or, will Ajax keep their man for another season?