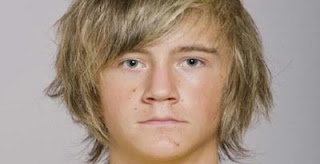 It has been confirmed today, that Arsenal have reached a deal with IFK Norrkopping of Sweden to sign their young talent, 15 year old Kristoffer Olsson, who is a Sweden U-16 international. The Gunners agreed to pay the club an “Educational Grant”, in order to convince them to let go of Olsson and send to him to London. Looks like another one for the future, let’s hope that Wenger buys some proven players soon.

Here’s the link to the article: http://justarsenal.com/arsenal-deal-for-swedish-starlet-confirmed/8246

There are reports stating that Real Madrid are looking to offload their Argentinian striker, Gonzalo Higuain. The 23 year old is rated at around 15 million pounds by the club and has suffered with injury problems this season. I believe that Higuain is class, who is blessed with pace and skill, but I highly doubt the rumor and I think Madrid and Mourinho will be keen on keeping him.

Here’s a video of Higuain, displaying his talents: 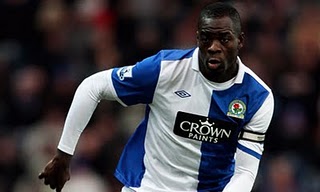 Well, this isn’t good news as Blackburn skipper, Christopher Samba, has hinted in a press conference that he wants to stay with Blackburn. Samba states that “things have changed” and that “he is happy to stay”. Many Gooners want to see Samba as a Gunner, so this would be disappointing news for many, but in my opinion, if Wenger is serious about acquiring him, it’s not over yet.

The shocking headline today that is grabbing Gooner attention all over Twitter. The famous Marco Silva, who claims to have various sources and connections, has revealed that the mystery signing that will be made official “by Monday or by the end of next week”, will be Lille star Gervinho. This news has caused a lot pandemonium amongst fellow Gooners all over the web, especially Twitter and Marco Silva has been gaining criticism and abuse. Honestly, I won’t be that surprised if Gervinho signs as Wenger is seriously interested in the Ivorian international, but I still have my doubts of course. If he gets this correct, then he deserves a huge apology.

What do you think? What are your thoughts on Wenger signing another youngster? Are you disappointed in the update on Samba? Do you want to see Higuain as a Gunner? Do you believe in the “revelation” by Marco Silva? Please share your thoughts and opinions.