Tottenham Hotspur take on West Ham at White Hart Lane in the Capital One Cup tonight with a place in the semi-finals awaiting the victors. Here’s a preview. Tottenham Hotspur take on West Ham at White Hart Lane in the Capital One Cup tonight with a place in the semi-finals awaiting the victors.

It’s been another difficult week in north London with Andre Villas-Boas leaving his position as manager following talks with chairman Daniel Levy on Monday, with the decision made after Tottenham’s 5-0 thrashing at home to Liverpool on Sunday which left the club sitting seventh in the Premier League table.

Tim Sherwood has been given the opportunity to prove himself over the next two games starting with tonight’s League Cup clash with West Ham, and the ex-midfielder’s first job is to pick the players up following Sunday’s disappointment.

However, the last time West Ham were at the Lane they pulled off a shock 3-0 win back in October so the Spurs players should have no trouble motivating themselves for the game.

Tottenham have worries in defence with Michael Dawson suspended after picking up his fifth yellow card of the season while Jan Vertongehn remains on the sidelines with an ankle injury.

Sherwood hinted that Vlad Chiriches could return after missing the last three games with a knee injury while Younes Kaboul also has a chance of being involved tonight after another spell out through injury.

Danny Rose is expected to continue his comeback by getting another game under his belt, but Paulinho is suspended after being sent off on Sunday and Sandro isn’t expected to play after being forced off with a calf problem last time out.

Jermaine Defoe is likely to be given the chance to impress up front while the likes of Christian Eriksen, Erik Lamela and Andros Townsend could also feature.

West Ham are sweating over the fitness of James Tomkins and the defender will have a late fitness test before the game on a niggling groin problem.

Sam Allardyce will already be without the services of Winston Reid, Ricardo Vaz Te, Stewart Downing and Mladen Petric, while Andy Carroll is still a long way off being in contention despite returning to training.

Allardyace will make a few changes with the likes of Rat, O’Brien, Collison, Carlton Cole and Taylor all pushing for recalls. 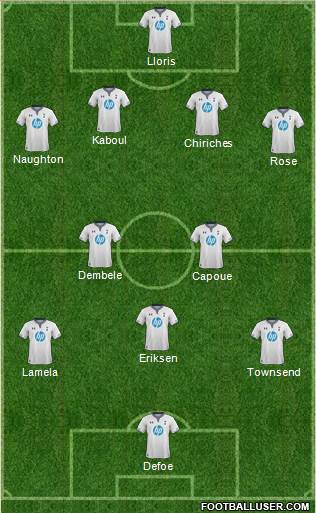 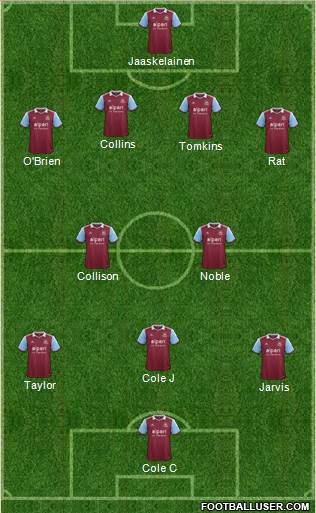 Jermaine Defoe: The striker has struggled to force his way past Roberto Soldado so far this season but there is no doubt he’s still one of the best finishers in the business, so the Hammers defence will have to be on guard tonight.

Spurs 2-1 West Ham: Despite making wholesale changes, we expect Sherwood to get off to a positive start and guide Tottenham to the semi-finals.

What team would you like to see start tonight and whats your predicted score? Share your views below.