Tottenham entertain Cardiff City at White Hart Lane on Sunday afternoon looking to close the gap on the top four. Here’s a match preview for the game.

Tottenham entertain Cardiff City at White Hart Lane on Sunday afternoon looking to close the gap on the top four.

Spurs head into the weekend action sitting six points adrift of fourth-placed Liverpool (with the Merseysiders leading 1-0 away at Southampton at the time of writing), so the north Londoners will need a win to keep their hopes of a top four finish alive.

Tim Sherwood’s men warmed up for the game with a hard-fought win over Dnipro in the Europa League on Thursday night, having to come from two-down to win 3-2 on aggregate thanks largely to a quick-fire brace from Emmanuel Adebayor.

However, the Spurs boss will hope to see his side improve upon their record after playing in Europe, with the club losing five of the nine fixtures played directly following a Thursday night game.

They’ll face a Cardiff side sitting 19th in the table and three points from safety. The Welsh club slumped to a disappointing 4-0 defeat to Hull City at home last weekend with new boss Ole Gunnar Solskjaer winning just one of his seven games in charge so far, so he’ll be desperate to boost their survival bid with a positive result tomorrow.

Tottenham picked up no fresh injury concerns in midweek so they’ll have a similar squad to choose from.

Sherwood has been boosted by the return of Kyle Walker to training on Friday, so the right-back is expected to feature with Kyle Naughton likely to move across to left-back to deputise for the injured Danny Rose.

Midfielder Sandro is expected to continue in midfield after making a successful return from injury against Dnipro, although youngster Nabil Bentaleb is pushing for a recall.

Aaron Lennon is likely to come back in with Andros Townsend dropping out, while Paulinho is also expected to get a recall with Roberto Soldado relegated to the bench after another frustrating outing.

Vlad Chiriches, Etienne Capoue and Erik Lamela remain out through injury, while Jermain Defoe has now linked-up with his new club Toronto FC.

Cardiff have been boosted by the return of several key players with Solskjaer likely to ring the changes following last weeks disappointment.

Midfielder Gary Medel is expected to come back in after recovering from a thigh injury while Craig Bellemy is also available having served a three-match ban. Jordan Mutch is also in contention, and there could be a recall for Peter Whittingham in place of Wilfred Zaha, who was taken off at half time last weekend. 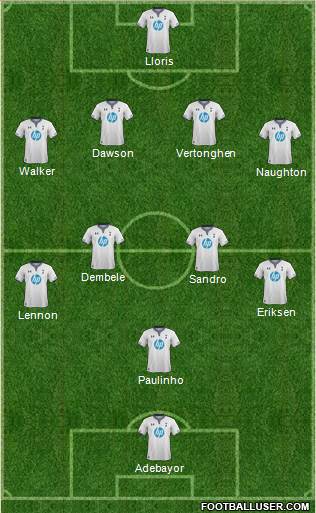 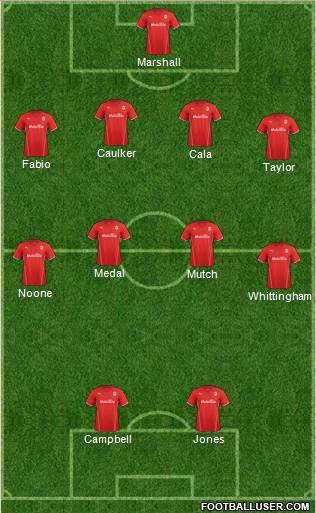 Emmanuel Adebayor: The Togolese hitman continued his excellent form with a well-taken brace in midweek and if he’s up for this game, he’ll be a real handful for the Cardiff backline.

Tottenham 2-0 Cardiff: Spurs may not have a good record following European action but Cardiff are low on confidence and we think they will struggle once again tomorrow.

What’s your predicted score and what team would you like to see start the game? Share your views below.