Tottenham entertain Benfica at White Hart Lane tonight in the first leg of their Europa League last-16 tie. Here’s a preview with team news for the game.

Spurs have endured a tough week following their 4-0 loss to Chelsea last weekend with talk of in-fighting while boss Tim Sherwood publicly criticised his players following the defeat at Stamford Bridge.

Sherwood has demanded a response and will be hoping the squad show the character he feels has been lacking at times this season to bounce back in style this evening ahead of Sunday’s vital Premier League clash with Arsenal.

The north Londoners may have had their problems domestically, but they have been impressive in Europa having won all their games in the group stages before sealing a stunning comeback to beat Dnipro 3-2 in the last knockout round.

However, Benfica are also in excellent form having won 21 of their last 23 fixtures in all competitions and Jorge Jesus’ side will be looking to go one step further after losing to Chelsea in last year’s Europa League final.

Tottenham are set to welcome back Danny Rose after he returned to training following a knee injury that’s kept him out for almost four weeks. Christian Eriksen is also in contention, although he may have to make do with a place among the subs after missing the last two games with a back injury.

Captain Michael Dawson is out after picking up a hamstring strain last week so Jan Vertonghen is expected to start alongside Younes Kaboul at the back with Vlad Chiriches still nursing a back injury. Etienne Capoue and Erik Lamela are both also still out through injury.

Benfica will be without Jardel after he has failed to recover from a head injury picked up last month, however Oscar Cardozo could be restored to the starting eleven after overcoming a back injury. 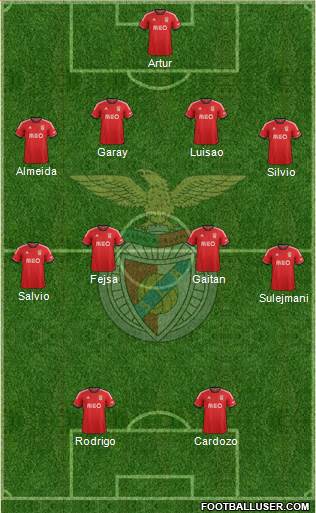 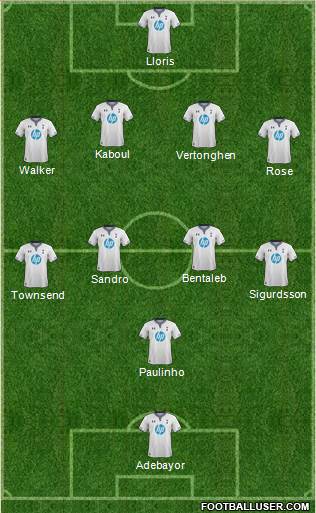 Emmanuel Adebayor: The Togolese forward was inspirational in Tottenham’s comeback win over Dnirpo in the previous stage and although he can blow hot and cold at times, there’s no denying he can be a match winner when he’s on form.

Tottenham 2-1 Benfica: Spurs haven’t lost a European tie at home in 11 attempts and they’ve only failed to score once in their last 18 games in the Europa League, so they should be confident of picking up a positive result tonight.

What team do you think Sherwood should start and what’s your predicted score? Share your views below.