Tottenham are in Portugal to take on Benfica this evening needing a minor miracle to reach the last-16 of the Europa League. Here’s a preview for the game.

Tottenham are in Portugal to take on Benfica at the Estadio da Luz this evening needing a minor miracle to reach the last-16 of the Europa League.

Spurs slumped to a 3-1 loss at White Hart Lane last week so know they need to score at least three goals tonight to have any chance of progressing to the quarter finals.

It isn’t going to be easy against a Benfica side that’s undefeated in their last 25 games in all competitions – winning their last 10 in succession –  and are looking to go one better having lost out to Chelsea in last years final.

Spurs arrive in poor form having lost their last three games including crucial derby defeats to Arsenal and Chelsea, which have all-but ended their hopes of finishing in the top four this season.

If their task wasn’t hard enough, Tim Sherwood has been forced to bring with him an injury-revenged squad that’s without ten of his first team regulars, so it’s going to be a tall order for the North Londoners to turn things around.

Jan Vertonghen is among those who’ve been left back in London as he serves a one-match ban having picked up a second booking in the first leg last week.

With Vlad Chiriches, Michael Dawson and Younes Kaboul all injured, Sherwood has serious problems in central defence so Sandro is expected to drop back from midfield and could be partnered by either Zeki Fryers or youngster Milos Veljkovic.

Striker Emmanuel Adebayor is also out with a knee injury so Roberto Soldado is expected to lead the line, while Kyle Naughton will deputise at right-back with Kyle Walker still out with a pelvic injury. He joins Paulinho, Mousa Dembele, Etienne Capoue and Erik Lamela on the sidelines.

Youngsters Jordan Archer, Luke McGee, Alexander McQueen, Dominic Ball, Connor Ogilvie, Harry Winks and Joshua Onomah have all made the trip and will make up the subs bench.

Benfica will have to continue without Jardel with the defender still sidelined with a head injury. However, key forward Oscar Cardozo is expected to start after coming through the game at the Lane last week unscathed while winger Salvio is also pushing for a recall. 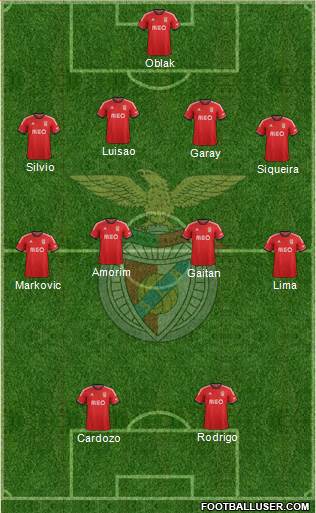 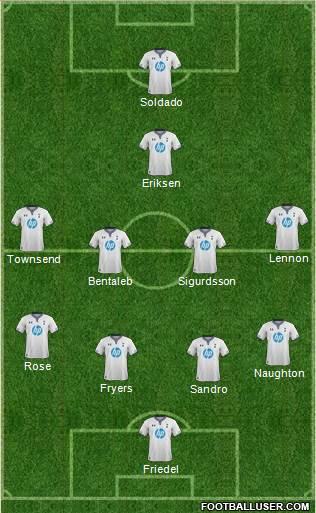 Roberto Soldado: The Spaniard has endured a difficult first season in the Premier League but he’s looked more at home in European competition, and with Emmanuel Adebayor not available, Sherwood will be looking to Soldado to prove the goals they need tonight.

Benfica 2-1 Tottenham: The Portuguese outfit already have one foot in the quarter finals and we can’t see any way back for the injury-hit Spurs squad.

What team would you start and whats your predicted score? Share your views below.