Here a preview as David Moyes makes his first return to Goodison Park since leaving last summer when Manchester United take on Everton on Sunday afternoon.

David Moyes will make his first return to Goodison Park since leaving last summer when Manchester United take on Everton on Sunday afternoon.

The Scot enjoyed a hugely successful 11 years with Everton before being picked to replace Sir Alex Ferguson at Old Trafford last summer. However, Moyes has endured a difficult first season with United with the defending champions currently languishing down in seventh place in the table.

Sixth-placed Tottenham moved six points clear with a 3-1 win over Fulham earlier today so United will need a positive result against the Toffees if they want to maintain hopes of securing a European place next season.

But they will face a tough task as Everton are desperately trying to pip Arsenal to that all-important fourth place and will be keen to get back on track after dropping to fifth following a shock 3-2 home defeat to Crystal Palace on Wednesday night.

Roberto Martinez has done a wonderful job since replacing Moyes and catapulted his side into Champions League qualification contention after a superb seven-game winning run prior to the Palace defeat.

The Merseysiders will also be looking to complete their first double over United since 1970 having won the reverse fixture 1-0 at Old Trafford earlier in the season.

Everton skipper Phil Jagielka is likely to be just short of fitness as he continues to recover from a hamstring injury that’s kept him out in recent weeks, so John Stones is expected to continue at the back.

James McCarthy is likely to return to the starting eleven having missed the loss to Palace with a minor muscle injury, but fellow midfielders Steven Pienaar and Darron Gibson remain out.

Man Utd have received a major boost with Wayne Rooney being passed fit to face his former side after recovering from a toe injury.

Marouane Fellaini is also fit again after a calf injury while Juan Mata will come back into contention after being ineligible to play against Bayern Munich last time out.

Rafael has been ruled out and Jonny Evans is unlikely to be risked after a long-term calf problem, so they’ll join Robin van Persie on the sidelines. 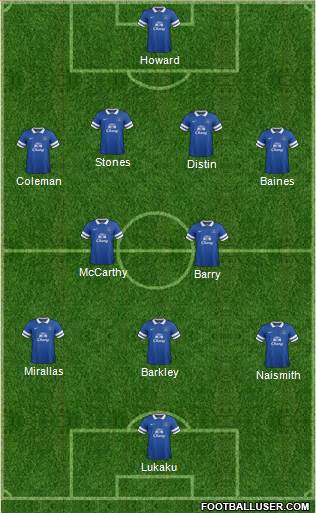 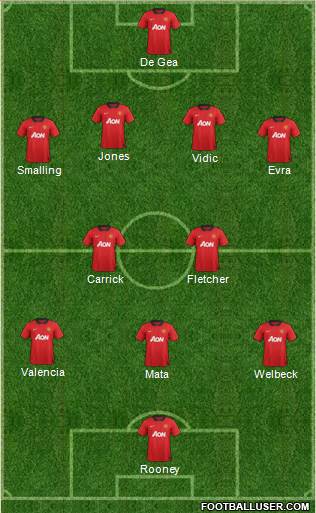 Wayne Rooney: With van Persie out, United are going to look to Rooney to provide the goal-threat against his former employers. The hosts will no doubt have to keep him quiet if they want to take anything away from the game.

Everton 1-1 Man Utd: The Toffees are always hard to beat at Goodison but United have the best away record in the division, winning ten and drawing three of their 17 games on the road so far, so we can see Moyes picking up a result tomorrow.