Tottenham Hotspur have completed the signing of defender Federico Fazio from Sevilla, the club have confirmed this evening. Here are some photos and a video.

The summer transfer window is now reaching its climax and managers are working hard to make some last minute additions to their squad, so we’ll bring you all the latest news and gossip. Today, Tottenham Hotspur have completed the signing of Federico Fazio. 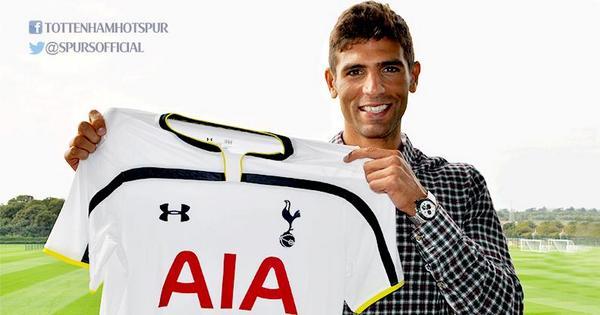 Tottenham Hotspur have completed the signing of defender Federico Fazio from Sevilla, the club have confirmed this evening.

The Argentinean has penned a four-year deal at White Hart Lane and although the club haven’t revealed the exact fee they’ve paid, it’s been widely reported they have triggered an £8m buy-out clause in his contract.

News broke on Tuesday claiming that Spurs had reached an agreement with Sevilla for the 27-year-old’s signature and he was soon heading to England to undergo a medical and discuss personal terms.

It appears those formalities have been completed swiftly as the north Londoners have now announced his signing on their website, with Fazio quoted by the clubs Twitter account as saying that he’s happy to have joined a great club:

“I know Spurs is a historic club in this country & league. This is a great club & I’m very happy to be here.”

Fazio replaces Michael Dawson who joined Hull City on Tuesday, and he’s the latest part in Mauricio Pochettino’s rebuilding job following his appointment from Southampton earlier in the summer.

The South American defender has earned two caps for Argentina and clocked up nearly 200 appearances for Sevilla since moving to the club in 2007. He also played a key role in helping guide Sevilla to the Europa League last season.

Here is another photo of Tottenham latest recruit at their training ground as well as a teaser video: 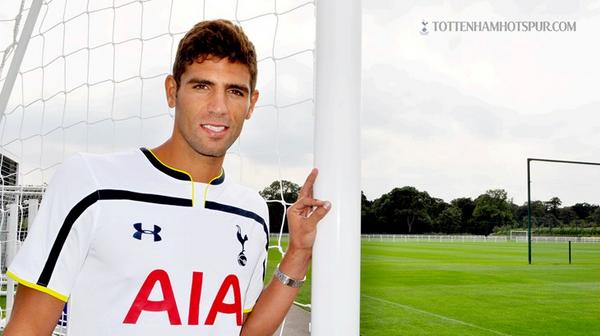