Tottenham take on Everton at White Hart Lane on Sunday afternoon. Here is a preview with team news, likely line-ups, prediction and betting tips for the game.

Tottenham will be looking to make it three wins on the bounce when they take on Everton at White Hart Lane on Sunday afternoon.

Spurs got their league campaign back on track after coming from a goal down to beat Hull 2-1 at the KC Stadium last weekend with Gaston Ramirez’ sending off proving to be the turning point in the game.

The North Londoners followed that up with a 1-0 victory over Partizan Belgrade on Thursday night to secure their place in the knockout phase of the Europa League, so it’s been a positive week for Mauricio Pochettino’s men.

However, they know they’ll be in for a tough game against Everton and they’ll need to improve upon their home form – which has seen them lose four games on home soil this season – if they want to push for the top four with Spurs currently languishing down in 10th place in the table, level on points with Everton.

The Toffees arrive in the capital off the back of an excellent 2-0 win away against Wolfsburg to ensure they progress in the Europa League as group winners, so Roberto Martinez will be hoping to use that win as a springboard after an inconsistent start to the season.

Spurs have a number of injury doubts for the game. Emmanuel Adebayor could miss out with a hamstring problem that’s seen him skip the last two games so Roberto Soldado is on stand-by to start up top.

Younes Kaboul is also struggling with a knee injury and with Federico Fazio back from a European ban, Pochettino may decide to give the Frenchman more time to recover.

Danny Rose faces a late test on a rib injury and Kyle Naughton serves the second of his two-game ban, but Etienne Capoue could return after two weeks out with a knee problem.

Nacer Chadli is another who faces a late test on a knee injury and Andros Townsend is expected to miss out with an ankle injury.

Everton also have their own injury problems to deal with as Steven Naismith is a major doubt with a hamstring injury.

Leighton Baines is likely to come through a late fitness test on his own hamstring problem but Gareth Barry could miss out with an ankle injury he picked up last week.

Steven Pienaar is out with a knee injury and he could be joined on the sidelines by James McCarthy, with the midfielder struggling with a hamstring strain.

Darron Gibson, John Stones, Antolin Alcaraz and Bryan Oviedo are all still out through injury. 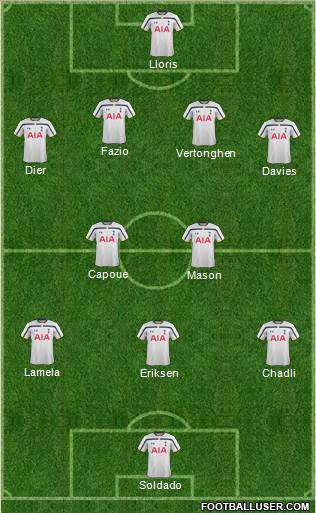 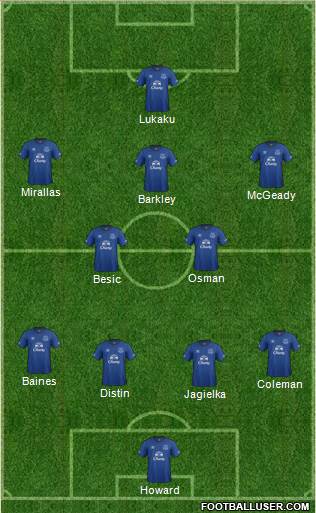 Tottenham 1-1 Everton: Both sides have depleted squads due to injury and are coming into the game off the back of Europa League fixtures, so we could see a more subdued game than usual. Spurs have struggled at home this season so we think the Toffees will take something away from the game.

Spurs are the narrow favourites to win the game with Betfair offering odds of 11/8 on a home win while Everton are on offer at 9/4. However, a 1-1 draw looks a decent bet at 7/1 and I also like the look of Lukaku to score first at 7/1, and if we combine the bets as a scorecast we get some very tempting odds of 41/1. That’s got to be worth a few quid!