Manchester United have moved a huge step closer to landing Mats Hummels with reports claiming that the defender agreeing a €50m summer move to Old Trafford.

With the January transfer window coming to a close, managers are frantically trying to tie-up those late deals and strengthen their squads ahead of the second half of the season, so we’ll bring you all the latest news and gossip. Today, Manchester United close in on Mats Hummels…. 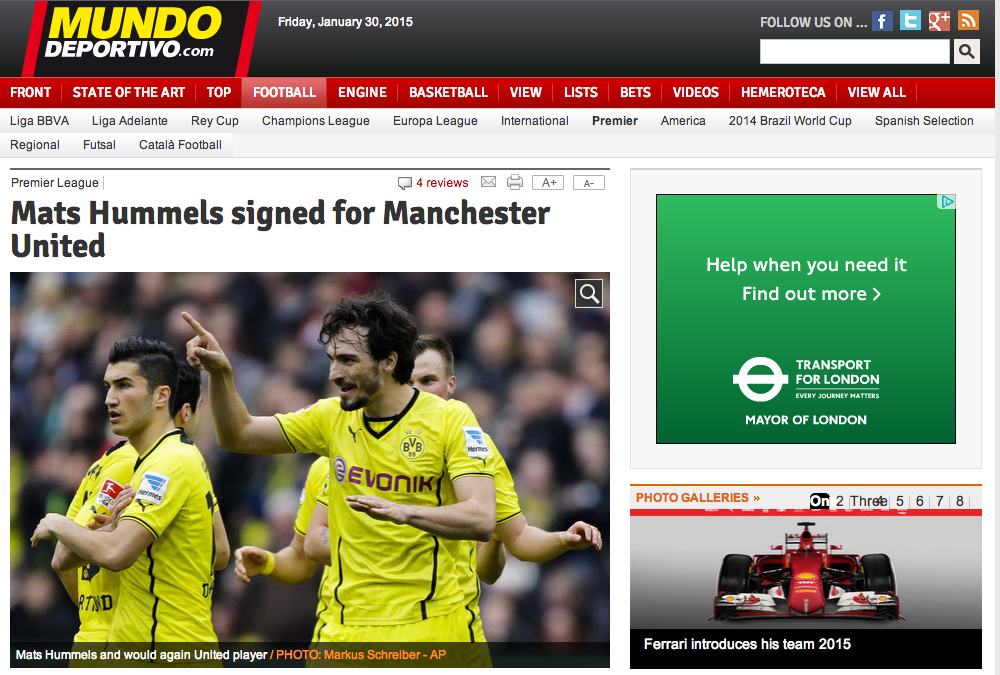 Manchester United have moved a huge step closer to landing Mats Hummels with reports claiming that the Borussia Dortmund defender has agreed to make a €50m summer move to Old Trafford.

Hummels future at the Westfalenstadion has been thrown into doubt in recent months following Dortmund’s terrible start to the season, that sees them sit joint bottom of the Bundesliga table at the mid-way point of the campaign.

The German international has been strongly linked with a move to the Premier League this month with Man Utd understood to be leading the race for his signature but both Dortmund and the player himself have insisted he’ll stay until at least the end of the season.

However, it appears United are willing to wait to get their man as Spanish outlet Mundo Deportivo are claiming that Hummels has now agreed to make a big-money move to Old Trafford this summer.

As you can see from the image above, the newspaper boldly suggests that Hummels has already ‘signed’ for United in a deal that’s expected to set the 20-time champions back a fee in the region of €50m (£37m).

It remains to be seen how accurate this report is but if true, it would be a sensational coup for United as Hummels is arguably one of the best centre-backs in world football right now and he’d be the rock Louis van Gaal needs to build his new-look defence around.

United’s back-line has look suspect on more than one occasion this season, particularly when van Gaal goes with three at the back, so it would make a huge difference to their chances of challenging for the title in the 2015/16 campaign if they had a player like Hummels marshalling the defence.