Arsenal boss Arsene Wenger has confirmed a major double injury blow with Alex Oxlade-Chamberlain and Jack Wilshere ruled out for the rest of the month. 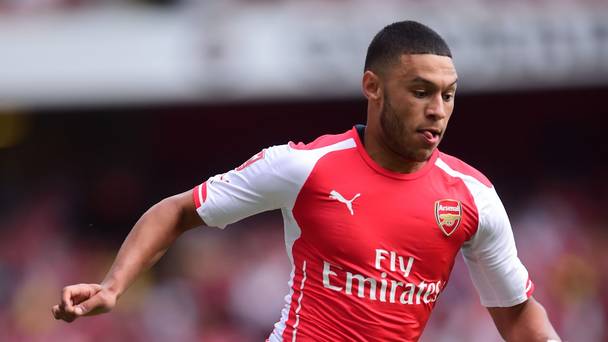 Arsenal boss Arsene Wenger has confirmed a major double injury blow with Alex Oxlade-Chamberlain and Jack Wilshere ruled out for the rest of the month.

We entertain West Ham at the Emirates tomorrow afternoon and the boss has given Arsenal.com a team news and injury update ahead of the game.

Unfortunately, Wenger confirmed that Oxlade-Chamberlain has suffered a hamstring strain and will be out for three to four weeks.

The midfielder picked up the problem during our 2-1 FA Cup victory over Manchester United on Monday night and following scans on Wednesday, The Ox has now been ruled out for up to a month.

It’s a big blow for both club and the player as Oxlade-Chamberlain was just starting to find some form after a frustrating season so far and the news is compounded by the fact that Wenger also confirmed that Jack Wilshere is no closer to making his comeback.

The 23-year-old hasn’t featured since suffering ankle ligament damage against Man Utd back in November and his recovery was delayed after he was forced to undergo another operation in late February.

Wenger initially said that Jack would be out for a matter of days but it looks as though the latest issue is worse than first thought as the boss now says he doesn’t know when he’ll be back but ruled the midfielder out of England’s international double-header at the end of the month.

It’s a classic hamstring. That means he will be out for three weeks, four weeks maximum. He will not be available for England as well.

on the frustration for Oxlade-Chamberlain…

It’s very frustrating for him because he played more games than ever this season. In the last two months I feel he was a bit in and out. He has shown again on Monday night what an important player he can be for Arsenal and for England. It’s a shame that in the final sprint and he’s not there.

on how the Ox reacts mentally…

How much I don’t know but it is affecting him because he loves to play. He is keen to play for England and I think it is a big blow for him. He knows as well that it is the type of injury where you can recover quickly and come back. But it is not an ideal moment.

It’s coming too soon for Jack Wilshere and Oxlade-Chamberlain.

I don’t know how long it will be before he returns because we have to respect the progression of his training.

Wilshere’s latest injury is a real worry as he really shouldn’t be taking this long to recover from what was described as a ‘simple procedure’ last month.

It looks like he’s now set to miss our Premier League games against West Ham and Newcastle as well as Tuesday night’s Champions League second leg at Monaco, and with no return date set, who knows if he’ll be available after the upcoming international break.