Arsenal boss Arsene Wenger is planning an audacious move for Liverpool attacker Raheem Sterling this summer after making enqiuiries over his availability.

The January transfer window is now closed but that won’t stop the newspapers from speculating ahead of the summer so we’ll bring you all the news and gossip. Today, Arsenal are linked with Raheem Sterling…. 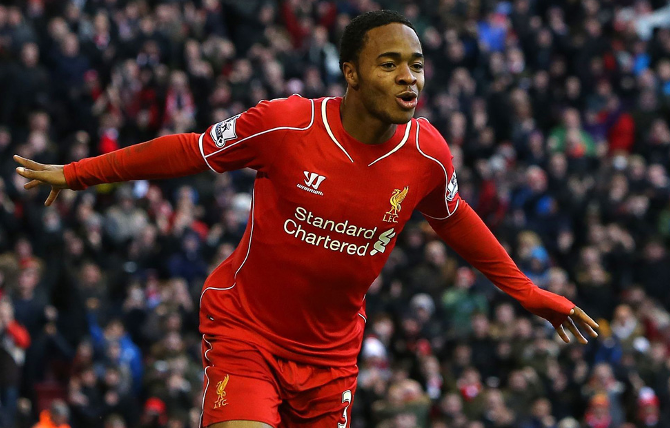 Arsenal boss Arsene Wenger is planning an audacious move for Liverpool attacker Raheem Sterling this summer after making initial enqiuiries over his availability, according to reports today.

Sterling has just over two years left on his current contract at Anfield but has cast his long-term future in doubt after putting negotiations over an extension on hold until the end of the season.

The Mirror claim that Liverpool fear Sterling won’t put pen-to-paper on a new deal and the stand-off has alerted a number of clubs including Arsenal, Manchester City, Real Madrid and Bayern Munich.

However, it appears Arsenal are ready to make their interest official as the newspaper suggests Arsene Wenger is plotting an audacious move after holding initial talks over the 20-year-old’s possible availability this summer.

The North Londoners will face stiff competition from City as the Citizens are also believed to be lining-up a formal offer but the Gunners hope the lure of returning to London where he grew up as a child would appeal to Sterling.

Liverpool will no doubt try everything in their power to hold on to the player but they may have to admit defeat and cash in if Sterling’s representatives make it clear at the end of the season that he won’t sign a new deal.

The Daily Mail are reporting that negotiations between the two camps have taken a turn for the worse and claim that Sterling would now reject a £180,000-a-week deal if it was offered as he’s becoming increasingly concerned about Brendan Rodgers playing him in the wing-back role recently.

However, even if Liverpool were forced into selling Sterling then I’m sure they’d try and offload him abroad first before agreeing to sell to a domestic rival.

Arsenal’s relationship with the Anfield club deteriorated during their failed pursuit of Luis Suarez in 2013 and while Liverpool would no doubt be reluctant to do business with them for Sterling, the Gunners may yet hold a trump card.

Theo Walcott’s future at the Emirates is also uncertain as his deal has just over a year left to run and with Liverpool long-term admirers of the 26-year-old, there could be a sensational swap deal in the offing.

If Sterling doesn’t agree a new deal and makes it clear he wants out of Liverpool, then Rodgers may be tempted to do business with Arsenal if they are given Walcott in exchange as a ready-made replacement.

It’s set-up to be a fascinating summer with doubts hanging over the future’s of two of England’s best attacking talents and it’s going to be interesting to see where Sterling and Walcott will be playing come the start of next season.