Chelsea took a huge step closer to reclaiming the Premier League title after holding Arsenal to a 0-0 draw at the Emirates today. Here are player ratings: 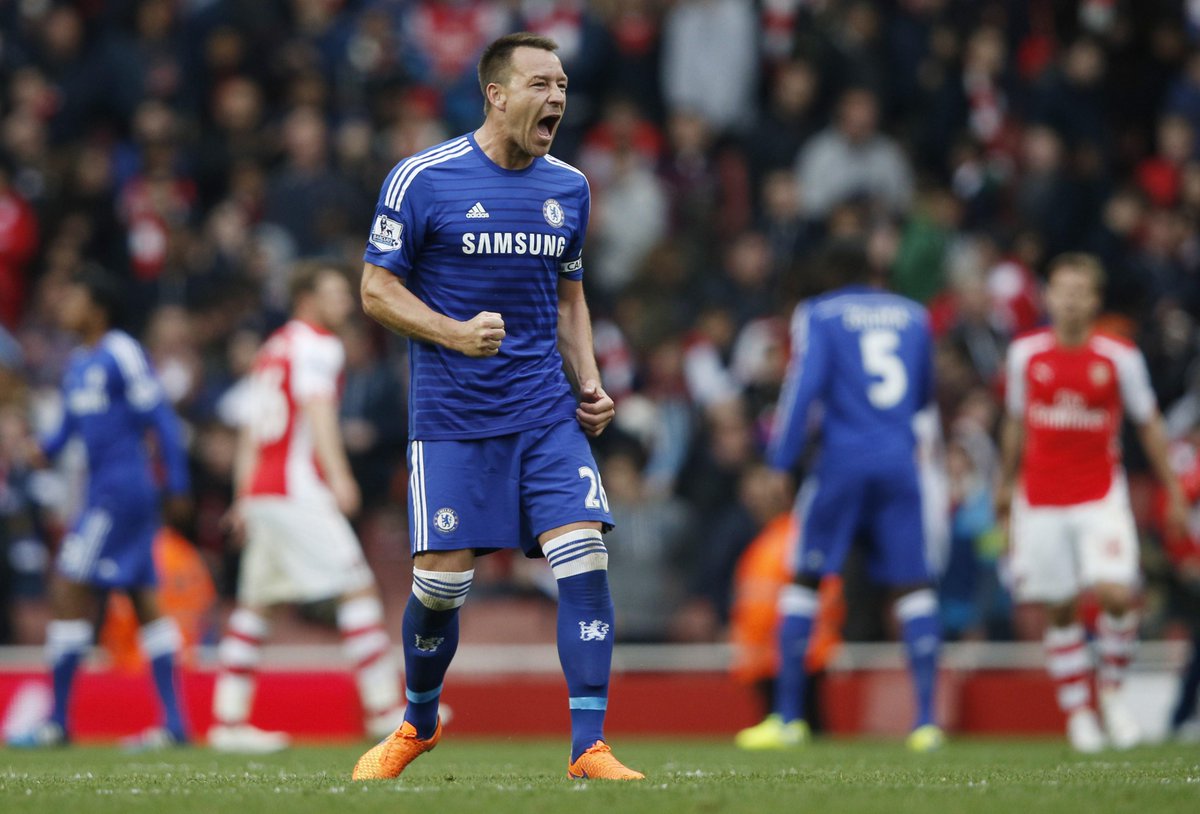 Chelsea went a huge step closer to reclaiming the Premier League title after holding Arsenal to a 0-0 draw at the Emirates this afternoon.

Courtois  6/10 | Had few saves to make as he was well protected by those in front of him.

Ivanovic  6.5/10 | Gave away countless free-kicks for fouls on Sanchez but dealt well with the hosts threat down the right side.

Terry  8.5/10 | Outstanding performance from the Blues skipper. Organised his team and was a rock to help keep Arsenal at bay.

Cahill 7/10 | Fortunate not to concede a penalty for handball but was a solid presence alongside Terry at the back.

Azpilicueta  7/10 | Another positive shift from the reliable Spaniard.

Matic  7/10 | Did well to help snuff out Arsenal attacks and break up play. Such an important player for Chelsea.

Fabregas  6/10 | Picked up a booking for diving and had to deal with boos from the home crowd, but his superb through-ball created Chelsea’s best chance in the first half.

Ramires  6.5/10 | An energetic display but he should have scored when put through by Willian in the first half.

Willian  7.5/10 | Excellent performance form the hard-working Brazilian. Helped out in defence and was a threat on the break.

Hazard 6/10 | Struggled to have any real influence as Chelsea chose to defend first, attack later.

Oscar 6/10 | Taken out by Ospina and was forced off at the break with suspected concussion.

Drogba 6/10 | Gave the Blues a focal point but failed to have any real impact.

So Chelsea are now just five points away from reclaiming the Premier League title and can take another huge step closer to their goal with victory over Leicester on Wednesday.