Liverpool rebel Raheem Sterling is ready to snub the likes of Manchester United and Chelsea as he’s set his sights on making a move to Arsenal this summer.

As the opening of the summer transfer window approaches, managers are working hard identifying targets and lining-up potential deals so we’ll bring you all the news and gossip. Today, Chelsea and Man Utd have received a blow as Raheem Sterling wants to join Arsenal….. 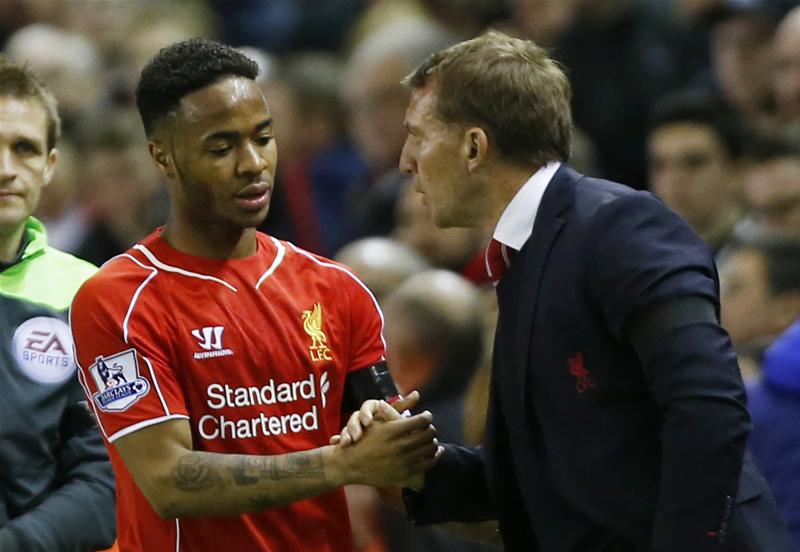 Liverpool rebel Raheem Sterling is ready to snub the likes of Manchester United and Chelsea as he’s set his sights on making a move to Arsenal this summer, according to reports.

Sterling’s future has been hitting the headlines once again this past week after the players agent Aidy Ward was quoted in the newspapers as saying that his client won’t be signing a new deal at Anfield even if he was offered £900,000-a-week.

Liverpool subsequently cancelled planned talks with Sterling and his representative and Brendan Rodgers insisted at his press conference on Friday that the 20-year-old would be expected to see-out the final two years of his current deal.

The Daily Mail claim that Sterling made a personal phone-call to Liverpool chief executive Ian Ayre on Thursday to make it clear he won’t be signing a new deal and wants to leave the club this summer.

The newspaper suggests that Ayre told the attacker he will be staying at Anfield for the next two years but privately the club acknowledge it’s going to be difficult to keep hold of an unhappy player for that amount of time, so the club are ready to tell interested parties the asking price is £60m.

The uncertainty has led to interest from several top European clubs with the likes of Arsenal, Chelsea, Man Utd, Real Madrid, Barcelona and Bayern Munich all reportedly keeping a close eye on the players situation and ready to pounce if Liverpool give any indication they are willing to cash-in.

However, the Daily Star are reporting today that Sterling’s preferred destination is Arsenal and the England international has supposedly set his sights on making the move to the Emirates this summer.

The newspaper claims that Sterling wants to return to London – where he was brought up from the age of seven before making the move to Merseyside – and has made the Gunners his No.1 choice.

I’m sure Liverpool would be loath to do business with a direct domestic rival if they were forced to sell Sterling, but a potential swap deal with Arsenal could benefit all parties.

Theo Walcott is about to enter the final year of his deal at the Emirates and has recently fallen out-of-favour under Arsene Wenger, so perhaps Liverpool would be more inclined to do business with the North Londoners if they were to offer Walcott as part of any deal for Sterling.

Big-money swap deals are extremely complex to pull off but at least Liverpool would be getting a top class, ready-made replacement, plus have money left over for Rodgers to strengthen other areas of the squad with.

A swap deal would also suit Arsenal as with Liverpool reportedly wanting £60m for Sterling’s signature, including Walcott in the deal would reduce the financial outlay considerably.

We’ll have to wait and see how things develop over the coming weeks and I’m sure the likes of Chelsea and Man Utd will still have a lot to say in the matter if Sterling is on the move this summer, but as it stands it seems Arsenal are in pole position.