As the opening of the summer transfer window approaches, managers are working hard identifying targets and lining-up potential deals so we’ll bring you all the news and gossip. Today, Liverpool are closing in on Manchester City’s James Milner… 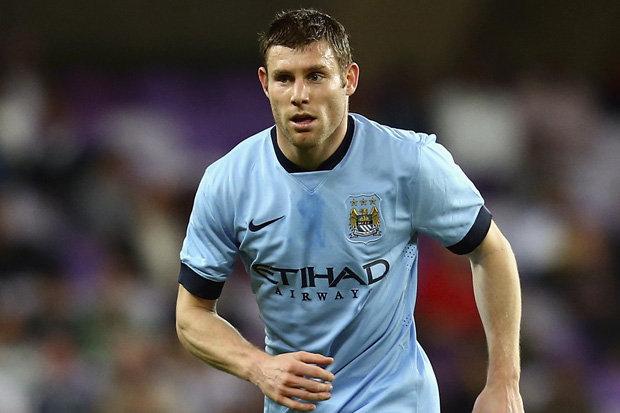 Liverpool look set to beat Arsenal to the signing of Manchester City midfielder James Milner as Brendan Rodgers hopes to wrap-up a triple swoop over the coming weeks, according to the Liverpool Echo.

Milner has been at the Etihad since moving to City from Aston Villa in 2010 but he’s struggled to establish himself as a first team regular under Manuel Pellegrini and has mostly been used as a utility player in recent seasons.

The 29-year-old is set to see his contract expire at the end of this month and despite City offering him a new bumper deal the England international is expected to snub their advances and move to a rival on a free transfer in search of more regular action.

The likes of Arsenal and Liverpool have been strongly linked with a move for Milner in recent months but it looks like the Merseysiders are now in pole position to wrap-up a deal.

According to the Liverpool Echo, Liverpool are due to hold advanced talks with the player this week and are confident they’ve done enough to persuade him turn to his back on a move to the Emirates in favour of Anfield.

The newspaper says Milner is one of Brendan Rodgers’ top transfer targets and it looks like the under-fire Northern Irishman is about to kick his summer business off by snapping-up the versatile midfielder on a free transfer.

As with any transfer story, it’s difficult to know how much truth there is behind it all but if the Echo’s report is accurate then it appears Liverpool are on the verge of pulling off something of a coup.

Milner may not be a world beater but he’s an extremely useful player to have in the squad as he can play anywhere across the midfield and is also capable of filling in at right-back, so he’d give Rodgers plenty of options.

And it could be a busy few weeks for Liverpool as the Echo also claim the club is hoping to complete the free transfer signing of  Burnley striker Danny Ings over the coming weeks and will table an improved offer for right-back Nathaniel Clyne after Southampton knocked back their opening £10m bid last week.

If Liverpool could sign Milner, Ings and Clyne it would mark an excellent start to the summer as they’d be getting three Premier League ready players that would fill three problem areas of the squad – and all three deals should only cost around £20m.

That would represent some excellent business by Rodgers and lift the mood around Anfield after a difficult season that saw them end up trophy-less once again and miss out on a top four finish.