As the opening of the summer transfer window approaches, managers are working hard identifying targets and lining-up potential deals so we’ll bring you all the news and gossip. Today, Chelsea are linked with Antoine Griezmann…. 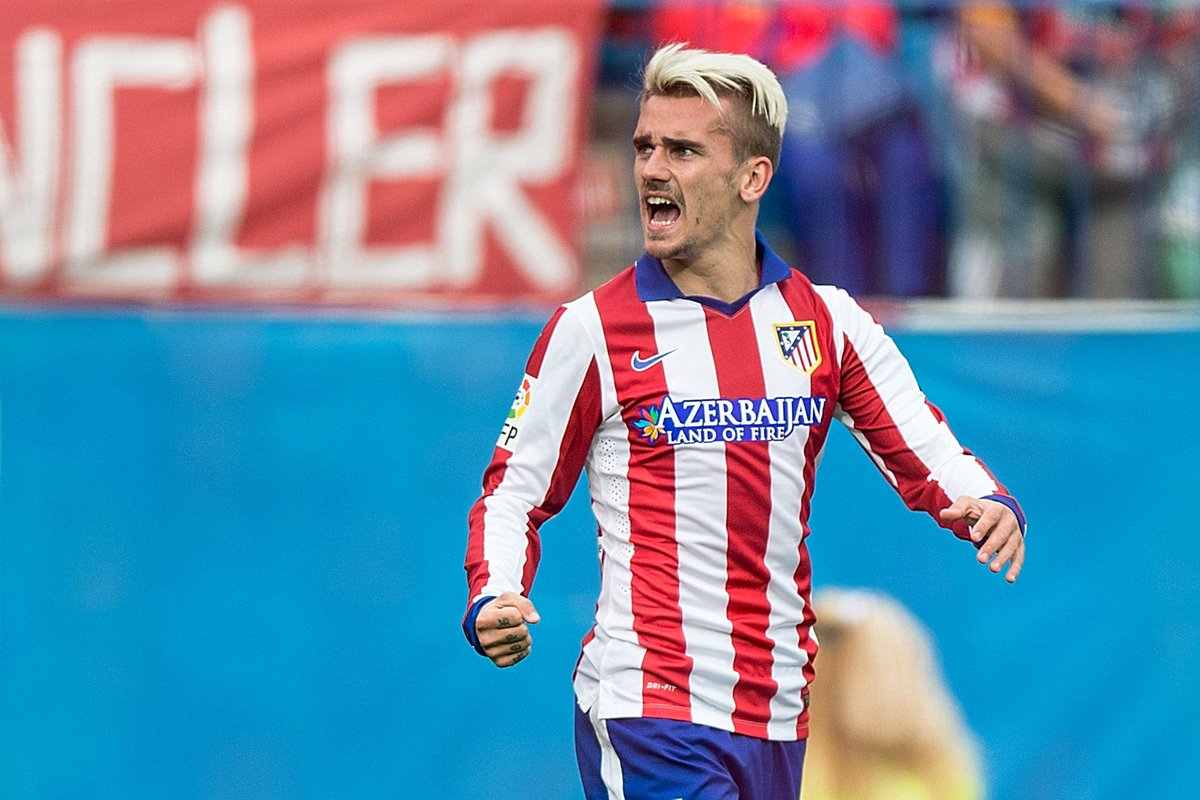 Chelsea are in talks with Atletico Madrid over a potential £35m swap deal involving Antoine Griezmann and out-of-favour winger Mohamed Salah, according to the Express.

After making his name at Real Sociedad, Greizmann has developed into one of the finest attackers in European football following his move to Atletico Madrid last summer.

The 24-year-old enjoyed a sensational debut season at the Vicente Calderon that saw him score 25 goals and provide a further 6 assists in 53 appearances for Diego Simeone’s men.

However, the French international is already being linked with a big-money move away from Spain with the Metro reporting last month that Chelsea were pushing ahead in their attempts to sign the versatile attacker.

It appears the Blues have now stepped-up their interest as the Express are citing reports coming out of Italy that claim the Premier League champions have already tabled an offer worth £35m for Griezmann’s services.

The newspaper suggests that Atletico are demanding closer to £45m for the 24-year-old but Chelsea are ready to use out-of-favour winger Mohamed Salah as bait to sweeten the deal.

Salah only moved to Stamford Bridge 18 months ago but failed to establish himself under Jose Mourinho and was shipped out on loan to Fiorentina in January having made just 19 appearances in all competitions.

The Egyptian international rediscovered his form in Italy and scored 9 goals in his 26 games for La Viola and reports suggest the Serie A club are keen to exercise an option to keep the 23-year-old for another year.

However, it appears Mourinho has other plans as the Express claim the Blues boss wants to offer Salah to Atletico as part exchange to make up the difference between their valuations of Griezmann.

It would be another excellent piece of business by Chelsea if they could pull it off as not only would they cash-in on an unwanted attacker but they’d land one of the most exciting young talents in European football.

Griezmann would be a superb signing for the champions and further strengthen their already impressive attack. The Frenchman can play anywhere across the attacking positions as well as up front, so he’d certainly provide Mourinho with plenty of options next year if he did make the move to West London.

We’ll have to wait and see how things play out over the coming days but I personally think we’ll see Salah end up staying at Fiorentina which would leave Chelsea needing to negotiate a deal with Atletico for Griezmann, but even if they’re forced to pay the full asking price, he’d be worth it.