With the summer transfer window finally open for business, managers are working hard trying to strengthen their squads ahead of next season so we’ll bring you all the news and gossip. Today, Arsenal are linked with Alessio Romagnoli…. 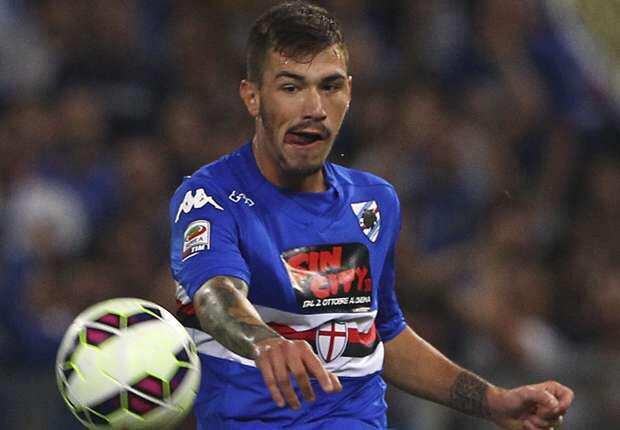 Arsenal could be closing in on their second signing of the summer with Roma’s sporting director due to fly-in to the UK to hold talks over a deal for Alessio Romagnoli, according to the Metro.

Arsene Wenger has been fairly quiet in the transfer market so far this summer with Petr Cech our only significant addition to the squad so far but it looks as though the boss is still actively seeking new arrivals.

We’ve been strongly linked with a number of centre-backs in recent weeks and the latest name to emerge as a reported target is Alessio Romagnoli with the Metro claiming that Roma Sporting Director Walter Sabatini is due to fly-in to the UK to hold formal talks over a potential deal.

The 20-year-old defender has been with Roma his entire career and came through the youth ranks before breaking into the first team set-up in 2012, and was sent out on loan to Sampodria last season.

The young centre-back was hugely impressive during his time at the Stadio Luigi Ferraris with his displays leading to him becoming a regular in the Italian Under-21 set-up over the past 12 months.

The Metro claim that Roma have already rejected three sizeable bids from AC Milan for Romagnoli’s signature but it appears we’re now ready to try and thrash out a deal with the Italian outfit during face-to-face talks.

We’ll have to wait and see how the negotiations go but it sounds like Romagnoli is an exciting young talent with a bright future ahead of him so I’d be pleased to see him come to the club this summer.

We’ve already got three established centre-backs in Per Mertesacker, Laurent Koscielny and Gabriel so if we do sign another central defender it would make sense to bring in a youngster who can learn the ropes for a couple of years before pushing for a first team spot.

I think Calum Chambers has a big future at the club but we need more youth prospects coming through and Romagnoli is one of the brightest talents in Serie A, so would be a welcome addition if we could agree a deal with Roma.