Liverpool continue their pre-season preparations with a friendly against Adelaide United this afternoon. Here is Liverpool’s confirmed line-up for the game

Liverpool continue their pre-season preparations with a friendly against Adelaide United this afternoon.

Brendan Rodgers has named a strong side for the game with Simon Mignolet starting in goal and new signing Adam Bogdan among the substitutes.

Martin Skrtel and Dejan Lovren are the chosen centre-back pairing while Nathaniel Clyne and Joe Gomez make up the rest of the back four.

Jordan Henderson skippers the side once again alongside Joe Allen and James Milner in midfield while Jordon Ibe and Adam Lallana support Divock Origi in attack.

The other 18 members of Liverpool’s tour squad are all on the bench and I’m sure Rodgers will make full use of his squad throughout the game. 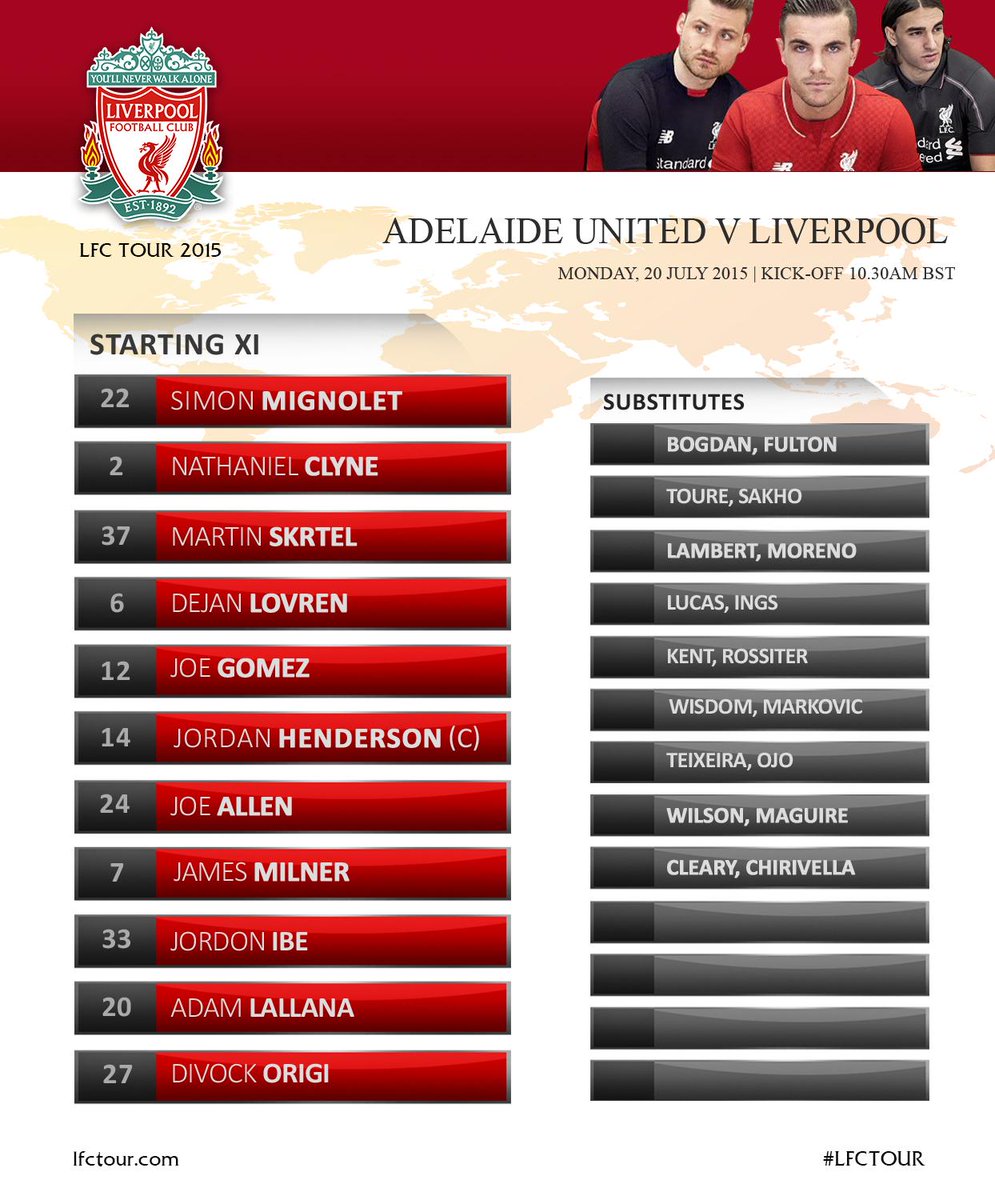