Arsenal scouts were in the stands watching a La Liga midfielder this week as Arsene Wenger eyes a £21.26m move for the player. Find out more details here

With the summer transfer window in full swing, managers are working hard trying to strengthen their squads for the new season so we’ll bring you all the news and gossip. Today, Arsenal are linked with Grzegorz Krychowiak…. 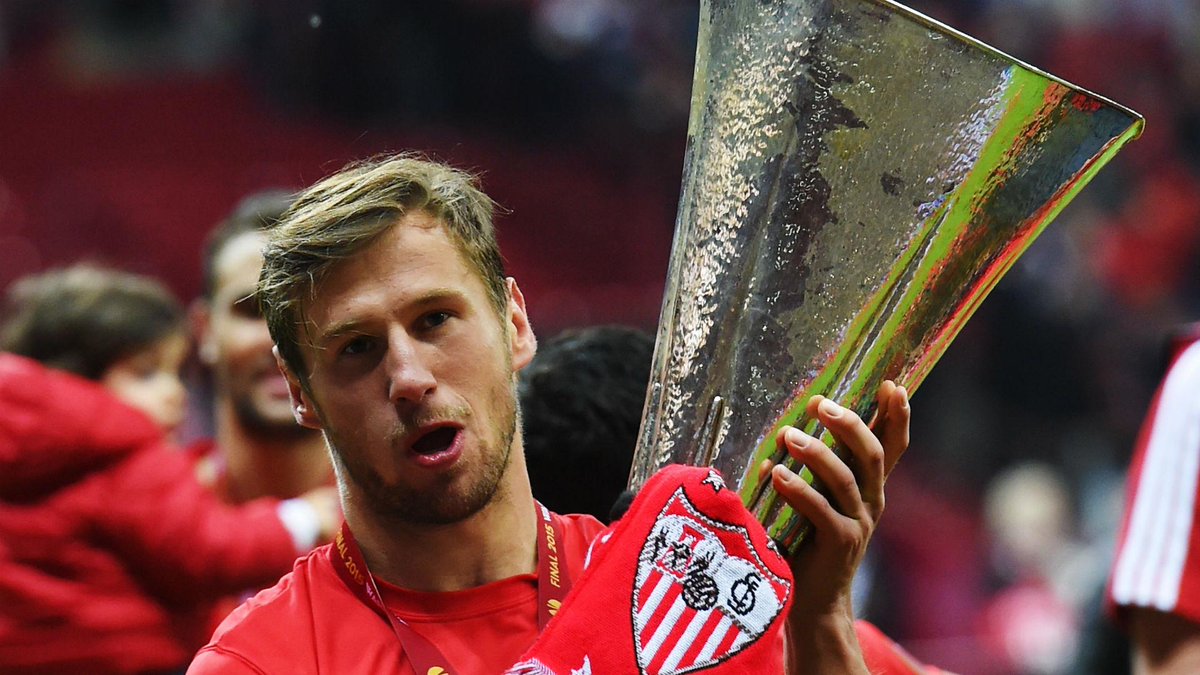 Arsenal scouts were in the stands watching Grzegorz Krychowiak on Tuesday night as Arsene Wenger eyes a £21.26m move for the Sevilla midfielder before the transfer window closes, according to the Telegraph.

The boss has been widely tipped to bring in another defensive midfielder all summer but the rumours have quietened down in recent weeks after we passed up on the opportunity to sign a number of reported targets.

However, the Telegraph claim that Wenger is still planning on signing another holding midfielder before the transfer window closes and is now considering a move for Polish international Grzegorz Krychowiak.

The newspaper says Arsenal scouts were in the stands watching the 25-year-old in action during Sevilla’s thrilling 5-4 defeat to Barcelona in the European Super Cup on Tuesday night and Wenger is now considering making his move after tracking him for 18 months.

The Telegraph state that the Gunners boss could now table a £21.26m bid to trigger the midfielders buy-out clause and Krychowiak is understood to be keen on making the move to England if a big club like Arsenal comes calling.

The Pole only moved to Sevilla 12 months ago and enjoyed an excellent debut season in Spain where his positive performances in the middle of the park helped the club lift the Europa League.

But it appears he could now be given the opportunity to make a fresh start here in England if Wenger decides to follow-up his interest with a formal bid, and I think Krychowiak would prove to be an excellent signing for us.

He’s a ‘proper’ defensive midfielder who doesn’t take any nonsense and is known to be strong in the air and aggressive in the tackle – although he does average a booking almost every other game, which is something that may cause him problems here in the Premier League.

I think it’s safe to say we need more competition for Francis Coquelin in the holding role as we only really have Mikel Arteta or Mathieu Flamini as our defensive midfield back-up and a player like Krychowiak would be ideal.