David De Gea is on the verge of completing his protracted move to Real Madrid after Manchester United agreed a deal worth £25.5m with the Spanish giants

As the summer transfer window reaches it’s climax, managers are working hard trying to strengthen their squads for the new season so we’ll bring you all the news and gossip. Today, David De Gea is edging closer to joining Real Madrid…. 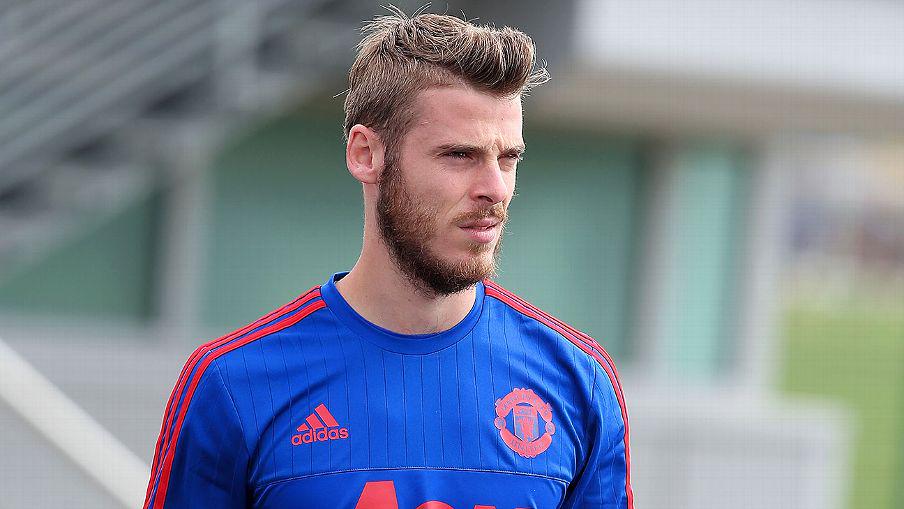 David De Gea is on the verge of completing his protracted move to Real Madrid after Manchester United finally agreed a deal worth £25.5m (€35m) with the Spanish giants, according to ESPN.

De Gea’s future at Old Trafford has been the subject of intense speculation all summer after the goalkeeper made it clear he wasn’t interested in holding talks over a contract extension.

With his current deal now in it’s final year and Real Madrid showing a keen interest, United have been forced to either cash-in now or risk losing one of their key assets for nothing next summer.

It looked like Louis van Gaal was ready to hold De Gea to the final year of his contract as negotiations over a deal with the Spaniard’s continued to stall and the United boss then axed the 24-year-old from his first team plans amid the uncertainty over his future.

However, it appears a breakthrough has now been reached that will see De Gea finally secure a move back to Spain as ESPN are one of several media outlets who are reporting that a deal worth €35m (£25.5m) has now been agreed between the two clubs.

The report claims that negotiations intensified over the weekend and with the Daily Star suggesting that De Gea flew out to Spain on Sunday night in anticipation of a deal being agreed, it looks like the move will now be wrapped up before tonight’s 11pm GMT Spanish transfer deadline.

De Gea’s departure would leave United with a huge void to fill and while Sergio Ramos has deputised during the opening few weeks of the new season, ESPN suggest that the Red Devils are also in talks with Madrid about taking Keylor Navas as part of the deal.

Navas is set to lose his place in the Madrid team following De Gea’s arrival so it would make sense for the La Liga outfit to sell, but the report says that the Costa Rican international is yet to be convinced about a move to Old Trafford.

So it appears one of this summers hottest transfer sagas is coming to an end and unfortunately for United fans it looks like De Gea is going to leave the club and head back to his homeland.

The Spaniard has been United’s best player over the past two seasons so he’s going to be a huge miss for the club but I’m guessing it’s going to be a busy final 24 hours of the window at Old Trafford, so watch this space….