Deadline day has finally arrived and managers are working hard trying to strengthen their squads for the new season, so we’ll bring you all the news and gossip. Today, Man Utd are linked with Antoine Griezmann… 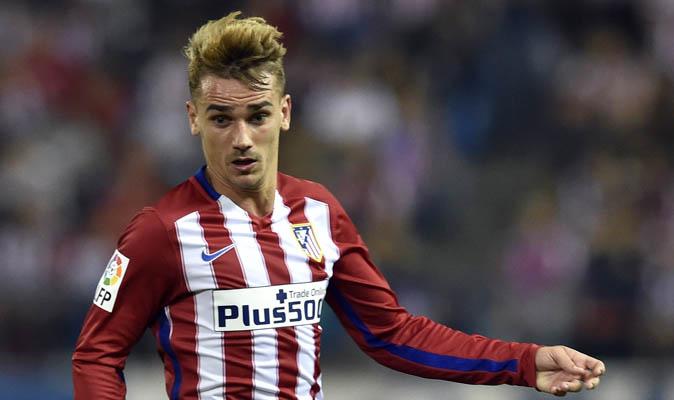 Manchester United are eyeing a last ditch attempt to sign Atletico Madrid attacker Antoine Griezmann by triggering his buy-out clause with a £46.1m bid, according to the Express.

Louis van Gaal is primed to wrap-up his sixth major signing of the summer with Anthony Martial set to join in a big-money deal from AS Monaco [via the Express] but it appears the Dutchman is hoping to do even more business on deadline day.

The Express cite a report stemming from the Telegraph who claim that van Gaal is determined to bring in one more signing before 6pm and has set his sights on Atletico Madrid attacker Griezmann.

The newspaper suggests that United will make a late swoop for the French international and are set to trigger his £46.1m release clause with the hope of luring him to Old Trafford.

Atletico will be desperate to keep hold of the 24-year-old as he’s been a huge success since joining the club from Real Sociedad in 2014 having scored 25 goals during his debut season at the Vicente Calderon.

However, the Spaniard’s will be powerless to prevent Griezmann leaving if United do meet his release clause and the Red Devils are able to persuade the attacker to make the move to the Premier League.

We’ll have to wait and see how much truth there is behind the Express/Telegraph’s report but I’d personally be surprised if United were able to pull off this transfer at such a late stage in the window.

Griezmann would be a sensational signing for the club as he’s a top class attacker who can play anywhere across the front three positions but he’s shown no sign of discontent at Atletico so even if United do trigger his release clause, I’m not convinced the player would make the move to Old Trafford.

It’s promising to be an enthralling deadline day with United seemingly still active in trying to strengthen their squad, while we’ve also still to learn whether David De Gea has joined Real Madrid or will be forced to remain in Manchester, so stay tuned for further updates….