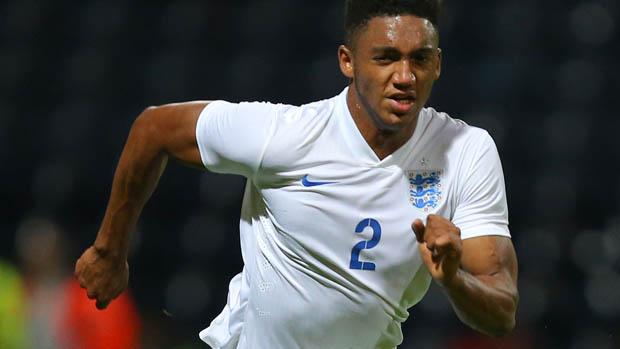 Liverpool have been handed an injury blow ahead of Sunday’s clash with Tottenham after defender Joe Gomez suffered an ankle injury while playing for the England Under-21’s last night, according to the Mirror.

Gomez started at the back for Gareth Southgate’s side during their 3-0 win over Kazakhstan but was forced off with just 10 minutes remaining after taking a nasty blow to his ankle and he looked in some discomfort as he left the field.

The 18-year-old will be assessed by Liverpool’s medical team when he arrives back at Melwood but he is now considered as a major doubt for their trip to White Hart Lane on Saturday lunchtime.

It will be a blow for the youngster if he is ruled out of the game as he’ll be desperate to make himself available for Jurgen Klopp’s first game in charge this weekend.

Gomez was signed by former boss Brendan Rodgers in the summer and started in each of Liverpool’s opening five Premier League games this season, but it remains to be seen what Klopp’s plans are for the teenager.

The former Borussia Dortmund boss is expected to revert to a flat back four so Gomez would have bee hoping to make the left-back spot his own. However, if he’s ruled out with this ankle injury then it looks like Alberto Moreno could start against Spurs on Saturday.

While Gomez’s injury will be a blow for Klopp, he was given more positive news earlier this week when Philippe Coutinho returned to training after withdrawing from the Brazil squad through injury.