With the winter transfer window now open for business, manager’s are working hard trying to strengthen their squads ahead of the second half of the season. Today, Man Utd are linked with Real Madrid’s James Rodriguez…. 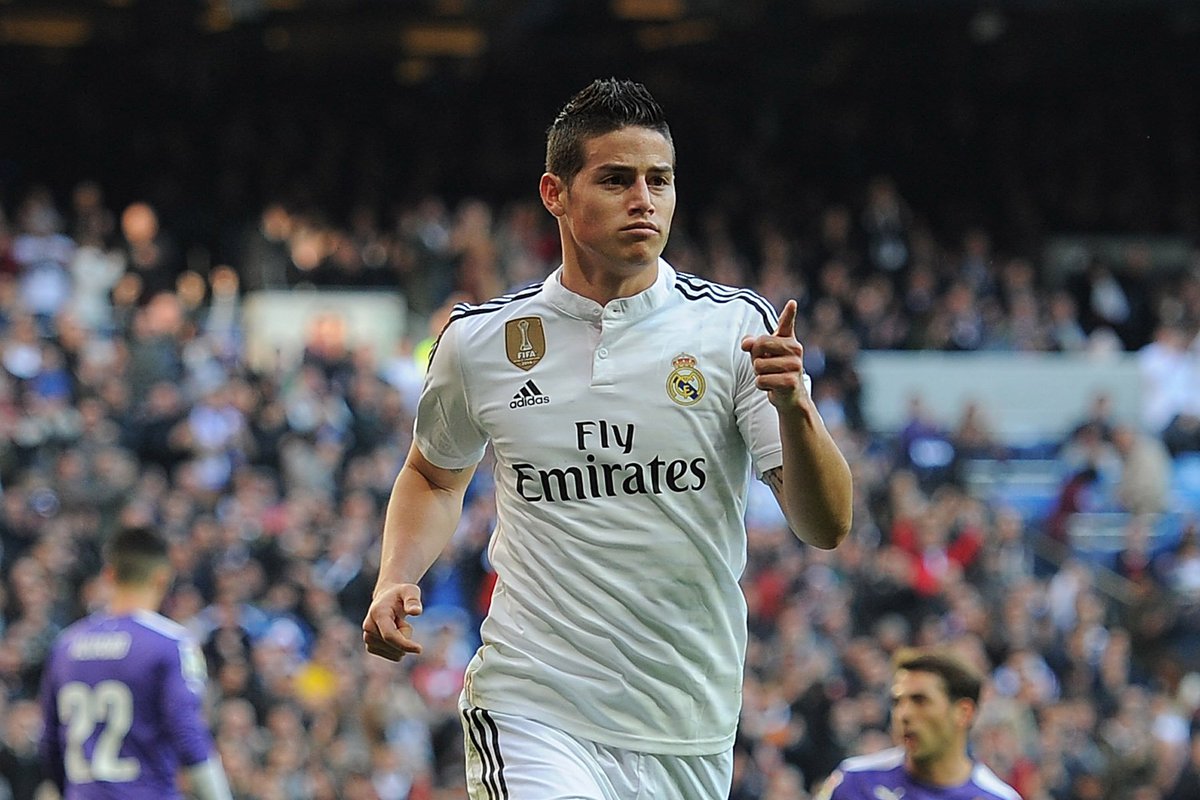 Manchester United are plotting a British record transfer bid for Real Madrid star James Rodriguez and have already been in contact with his agent Jorge Mendes, according to the Express.

Rodriguez has been enduring a tough season at the Bernabeu as the Colombian international has started just seven La Liga games all campaign after falling out of favour under former boss Rafa Benitez.

The 24-year-old may have hoped for a fresh start under Zinedine Zidane but he was once again left on the bench for the Frenchman’s first game in charge against Deportivo La Coruna last weekend.

It’s prompted fresh speculation that Rodriguez could be eyeing a move away from Madrid in order to get more regular first team football and unsurprisingly he’s been tipped for a big-money move to the Premier League.

The Express are reporting that the players agent, Jorge Mendes, has already made contact with Man Utd to let them know of his clients potential availability and the Red Devils are now understood to be plotting a mega bid for the attacker.

The newspaper suggests that any deal would see United break the British transfer record as they would need to pay in excess of the £59.7m they paid Madrid to sign Angel Di Maria in 2014.

Obviously Rodriguez would be a sensational signing for United if they could somehow pull it off either this month or in the summer. The diminutive attacker made his name at Porto and Monaco but announced himself on the world stages with some superb performances for Colombia at the 2014 World Cup.

That earned him a £60m move to Madrid but after an encouraging first season in Spain that saw him score 17 goals in 46 appearances, he’s found life more difficult this year and has managed just 3 goals in 13 games so far, so a move away could be on the cards.

However, I highly doubt anything will happen this month as Madrid are unlikely to sell any of their current squad until they find out whether they’ve successfully appealed against a two year ban from registering new players, so United may have to be patient if they want to get their hands on Rodriguez.