Chelsea boss Guus Hiddink has confirmed the club are close to completing a double swoop for striker Alexandre Pato and defender Matt Miazga.

With the winter transfer window in full swing, manager’s are working hard trying to strengthen their squads ahead of the second half of the season. Today, Chelsea close in on a double swoop… 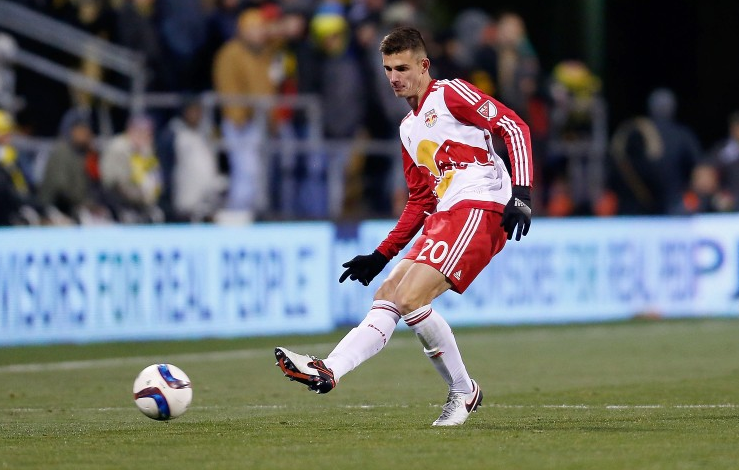 Chelsea boss Guus Hiddink has confirmed to Chelseafc.com that the club are close to completing a double swoop for striker Alexandre Pato and defender Matt Miazga.

The Blues have been strongly linked with a surprise move for Pato this month and ESPN claimed last week that the West Londoners were putting the finishing touches on a six month loan deal after the Brazilian hitman had agreed personal terms.

Pato flew in to London on Thursday and told reporters it was a ‘dream’ to be joining a club like Chelsea and now interim boss Hiddink has confirmed that paperwork is all that remains for the player to complete his move to Stamford Bridge.

Many have raised an eyebrow at Chelsea’s decision to sign Pato as the 26-year-old has been plying his trade back in Brazil for the last three years after leaving AC Milan in 2013.

However, Hiddink insists it’s not a gamble and says the club will give him the chance to resurrect his career in Europe during the second half of the season and earn a permanent move to West London.

‘Pato’s loan is at the paperwork stage. It is not a gamble. Coming on loan makes it possible to have a good view on him. We will give him all the support in this and it is up to him.

‘On loan is good for everyone to see whether he is happy with this club and whether the club is happy with him after this few months.

‘He has to settle, we will give him all the time to do that and get used to a very demanding league.’

‘When he was a promising youngster it was nice to see a very stylish player and then he had a few years in Milan. After he did not make a big next step in Europe, he went back to Brazil so now he thinks he has another chance to make a step in Europe which is a brave step, but it is up to him and we will help him to get fit and see what he can bring to this club.’

Pato’s arrival is likely to see Loic Remy leave the club on an initial loan deal after the French international struggled to establish himself following his move from Queens Park Rangers in 2014.

It looks like it’s going to be a busy few days at Stamford Bridge as Chelsea are also set to tie-up a deal to sign centre-back Miazga before the transfer window slams shut on Monday evening.

The Daily Mail reported yesterday that the 20-year-old is en route to London to undergo his medical after Chelsea agreed a £3.5m deal with the New York Red Bulls for the defender, who is in the final year of his contract.

Miazga has been impressing during his time in the MLS and Hiddink confirmed today that the youngster will be a squad player during the second half of the season once he completes his move:

‘He will be one of the squad members for the rest of the season, a young guy stepping up to the national team, and if you have young players you can see what they are capable of in training.’

Miazga is likely to be a replacement for Papy Djilobodji – who joined Werder Breman on loan last week – but he certainly sounds like he has a bright future ahead of him and could develop in to the long-term replacement for skipper John Terry.