Manchester United will be looking to give their top four hopes a major boost when they take on Everton at Old Trafford on Sunday afternoon.

The Reds gave their hopes of qualifying for the Champions League a major boost after beating rivals Manchester City 1-0 before the international break with Marcus Rashford scoring the winner at the Etihad Stadium.

Fourth-placed City extended their advantage to four points with a comfortable 4-0 win at Bournemouth on Saturday afternoon so United desperately need a win tomorrow in order to keep pace with their rivals.

Everton is never an easy game and the Toffees have an excellent recent record against United having won four of the last seven Premier League meetings between the two sides.

However, Roberto Martinez’s team have endured a frustrating season with inconsistent form seeing them come in to the game sitting 12th, so they’ll be hoping to come away with a positive result in order to climb up the table.

United have been hit by another injury blow with the news that Bastian Schweinsteiger is likely to miss the rest of the season after suffering knee ligament damage while on international duty with Germany.

Ander Herrera could be back in the squad after recovering from a groin injury while Ashley Young is also pushing for a recall after overcoming his own groin complaint.

Wayne Rooney is back in light training but this game will come too soon so the skipper remains on the sidelines along with Phil Jones, who’s close to recovering from a foot injury.

Luke Shaw is set to resume light training next week as he looks to make his comeback from a double leg break but he’s still some way off being available for the first team.

Everton defender John Stones has been passed fit for the game after recovering from a minor knock sustained on England duty last week while Kevin Mirallas is available after suspension.

However, midfielder Gareth Barry serves the final game of a two-match ban but Bryan Oviedo is available after recovering from a chest infection. 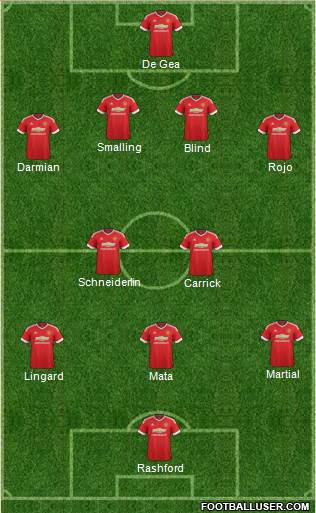 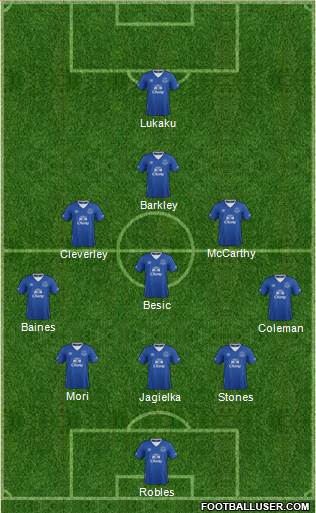 Man Utd 2-1 Everton: The Toffees have a decent recent record against United but Louis van Gaal’s men showed they are up for the top four fight with a battling win over City two weeks ago and I can see them edging this one tomorrow.

Man Utd are the 11/10 favourites but Football-Talk can get you enhanced odds of 6/1 on a home win – just click here to take advantage of this limited time offer. My prediction of 2-1 is available at odds of 8/1 while I also like the look of Rashford to open the scoring at 9/2. If you combined those two bets in a score-cast then we get very tempting odds of 22/1.