The draw for the semi finals of the Europa League has been conducted this afternoon. Find out who Liverpool will be playing next after their Dortmund heroics.

The draw for the semi finals of the Europa League has been conducted today and Liverpool have been rewarded for their heroics last night with a clash against Villarreal.

Liverpool booked their place in the last four after securing a sensational comeback victory over Borussia Dortmund last night with the Merseysiders coming from 3-1 down to win 4-3 at Anfield and progress 5-4 on aggregate.

Jurgen Klopp’s men will now take on Villarreal for a place in the final after the Spaniards eased in to the semi-final stages after beating Sparta Prague 4-2 last night which saw them progress 6-3 on aggregate.

The Merseysiders will play the first leg in Villarreal on April 28th before welcoming the Spaniard’s to Anfield for the return leg on May 5th.

It was a very good draw for Liverpool as they have avoided Europa League holders Sevilla and what would have been a very tricky trip to Ukraine to face Shakhtar Donetsk.

Sevilla needed a penalty shoot-out to beat La Liga rivals Athletic Bilbao after the tie finished 3-3 on aggregate and they’ll now take on Shakhtar in the other semi-final after they brushed Braga aside 6-1 on aggregate. 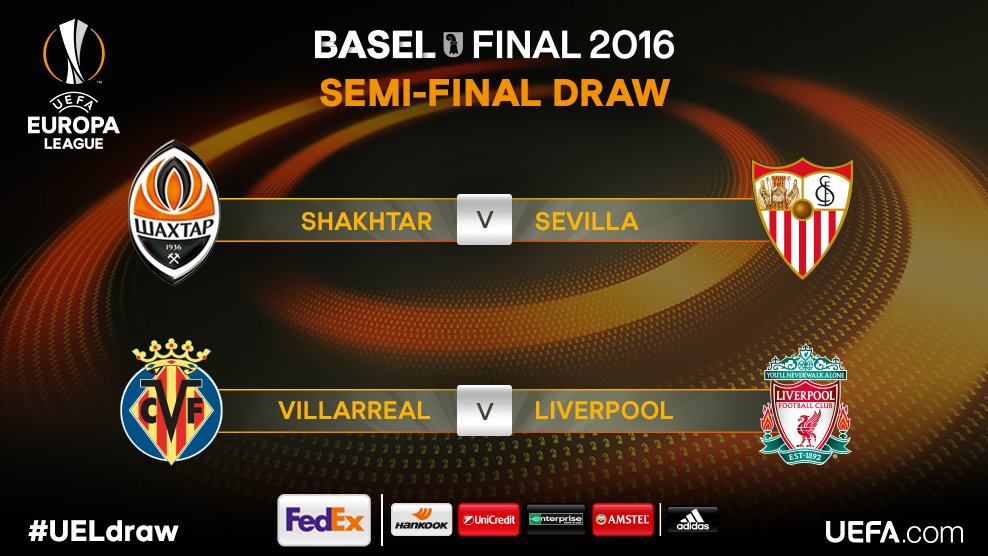