The opening of the summer transfer window is fast approaching so we’ll bring you all the latest transfer rumours and gossip from around the globe. Today, Liverpool are eyeing Mateo Kovacic…. 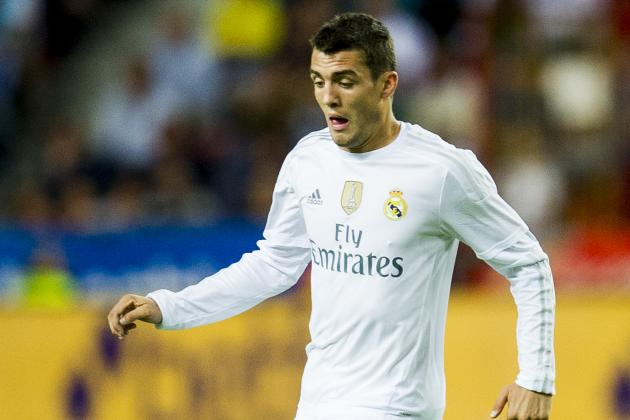 Liverpool are ready to try and hijack Roma’s proposed deal to sign Mateo Kovacic with a £24m move for the out-of-favour Real Madrid midfielder, according to Spanish outlet AS.

Kovacic made his name durign a two-year spell at Inter Milan and earned a dream move to Madrid last summer but the midfielder struggled to establish himself at the Bernabeu having made just 8 La Liga starts during his debut season in Spain.

Understandably, it seems the Croatian international isn’t happy about his lack of playing time and AS claim that Roma are in talks with Madrid about a deal to take Kovacic back to Italy as they look for a replacement for Miralem Pjanic following his move to Juventus.

However, the Serie A club are yet to agree a deal and it looks as though Liverpool are hoping to hijack Roma’s move with the Spanish outlet reporting that the Reds are ready to pay £24m (€30m) to take Kovacic to Anfield.

Only time will tell whether Madrid will be prepared to sell the 22-year-old for that sort of money but AS suggest that Liverpool would be willing to take Kovacic on an initial season-long loan deal if the La Liga giants didn’t want to let him leave on a permanent basis just yet.

Jurgen Klopp has already been active in the market with goalkeeper Loris Karius joining Joel Matip and Marko Grujic in moving to Anfield this summer but it looks as though the German coach wants to further strengthen his midfield options as doubts continue over the future of Joe Allen.

Kovacic looked to be a real talent during his time at Inter but things just haven’t worked out for him yet at Read Madrid as he’s not been given the opportunity to really show what he’s capable of yet.

I think he could prove to be an excellent signing for Liverpool if they manage to get a deal agreed as I could see Kovacic flourishing if given a more prominent role at the Merseysiders. However, any potential deal will have to wait as Kovacic is currently away on international duty at Euro 2016.