The opening of the summer transfer window is fast approaching so we’ll bring you all the latest transfer rumours and gossip from around the globe. Today, Chelsea want to sign Christian Benteke….

Chelsea want to sign Christian Benteke this summer with new boss Antonio Conte looking to pair the out-of-favour Liverpool striker with Diego Costa next season, according to the Times.

Conte isn’t officially due to take over the reigns at Stamford Bridge until after he’s fulfilled his duties with the Italian national team at Euro 2016 but it looks as though the 46-year-old has already outlined his transfer plans to his new employers.

And it appears a new striker is on the agenda as the Times claim that Conte has identified Christian Benteke as the ideal man to partner Spanish striker Diego Costa is his new-look line-up next season.

The newspaper suggests that the Italian tactician plans to overhaul the Chelsea system and use a similar 3-3-4 formation to the one he adopts for the Italian national team, which will see two main strikers supported by two high-line wingers.

It’s understood that Conte realises this formation would be extremely risky in some Premier League away games so he wants to build an adaptable squad that’s capable of switching to a traditional 4-4-2 when needed.

Either way, it looks like the former Juventus boss plans to use two main strikers through the middle at Chelsea next season and the Times claim he has set his sights on Benteke as being the targetman to play alongside Costa.

The Belgian international made his name at Aston Villa where he scored 49 goals in 101 appearances during a three year spell before earning a big-money move to Liverpool last summer.

However, things haven’t gone according to plan for Benteke as he’s struggled to establish himself at Anfield and he fell badly out-of-favour once Jurgen Klopp was installed as manager back in October.

While he did manage to score 10 goals for the Merseysiders, he made just 14 league starts and just 6 of those came under Klopp’s stewardship, with Daniel Sturridge and Divock Origi ahead of him in the pecking order. 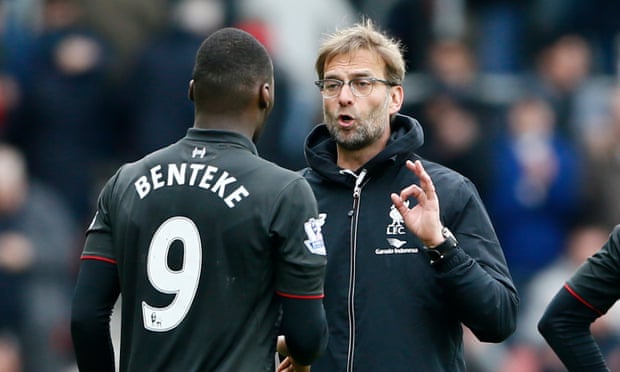 So it’s no surprise Benteke is being strongly tipped to find a new club this summer but it remains to be seen whether Liverpool will be prepared to do business with an old foe like Chelsea.

You’d imagine the Reds would want to recoup the majority of the £32.5m they paid Aston Villa 12 months ago and Chelsea could certainly afford that sort of money, but Liverpool may feel it’s a risky move selling to one of their rivals for a top four place next season.

Whatever happens with Benteke this summer, any potential move will have to wait as he’s currently away on international duty with the Belgian squad at Euro 2016.