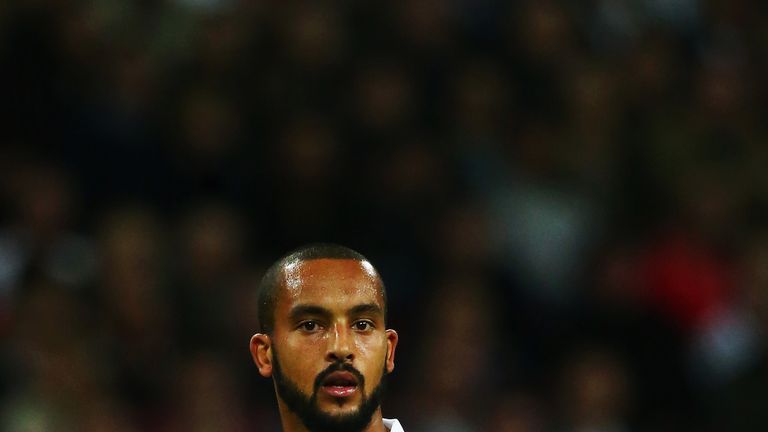 Sam Allardyce has named his first England squad since becoming Roy Hodgson’s replacement ahead of the Three Lions World Cup qualifier against Slovakia on September 4.

Arsenal attacker Theo Walcott missed out on a place in the Euro 2016 squad but has been handed a recall by Allardyce after an impressive start to the new Premier League season with the Gunners.

However, there is no place in the squad for Walcott’s Arsenal team mate Jack Wilshere who has yet to start a game this season having only recently recovered from a knee injury while Alex Oxlade-Chamberlain is also left out.

Manchester United defender Luke Shaw is also back involved in the England set-up after making a full recovery from his horrific leg break and he joins team mates Chris Smalling and Wayne Rooney in the 23-man squad. West Ham’s Michail Antonio is perhaps the biggest surprise as he gets his first call-up for the England squad while Leicester duo Danny Drinkwater and Jamie Vardy keep their places.

Here is the 23-man squad that Allardyce has selected for the World Cup qualifier against Slovakia: 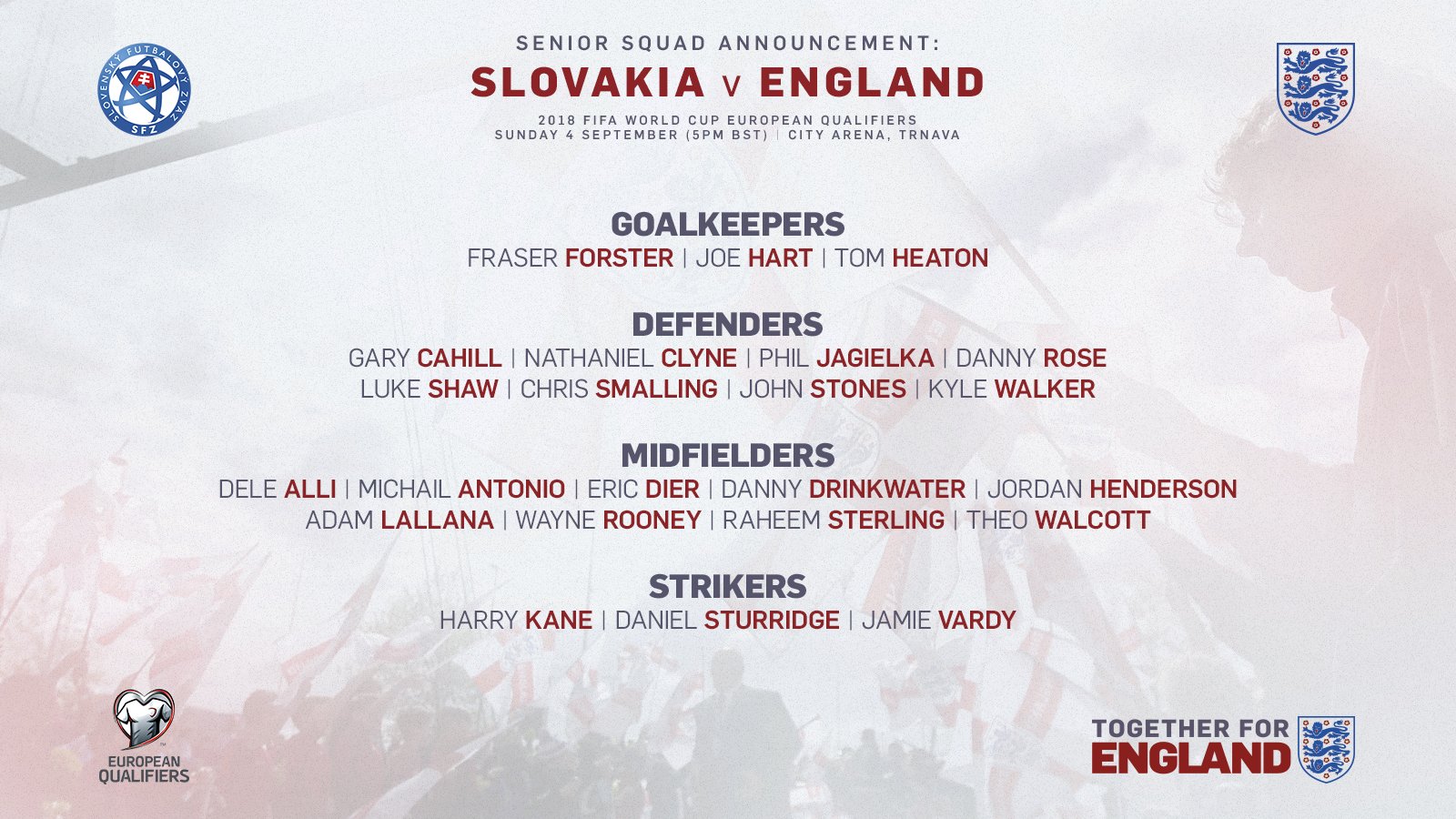