Tottenham take on Stoke at the Britannia on Satruday. Here’s a preview with team news, likely line-ups, betting tips and predicted score for the game

Premier League football returns after the international break as Tottenham Hotspur take on Stoke City at the Britannia Stadium on Saturday afternoon.

Spurs were held to a 1-1 draw by Liverpool at White Hart Lane before the international break and sit on five points after picking up a draw at Everton and a win over Crystal Palace in their other two games so far this season.

The north Londoners have a great record at the Britannia – now called the bet365 Stadium – having won 4-0 in this fixture last season to ensure they’ve now won five games at the ground, which is more than any other Premier League side.

Stoke head in to the game sitting bottom of the table after collecting just one point so far this season so Mark Hughes will be desperate to get their campaign up and running with three points this weekend.

Spurs have been boosted by the return to fitness of number one goalkeeper Hugo Lloris after he recovered from a hamstring injury that he suffered during the opening day draw at Everton.

Danny Rose has been ruled out with a hamstring injury so Ben Davies is set to get a rare run out at left-back.

Mauricio Pochettino has no other injury worries to contend with but Moussa Dembele remains suspended as he serves the final of his six-match suspension.

The Tottenham boss has yet to decided whether new signings Moussa Sissoko and Georges-Kevin N’Koudou will start but I think we’ll see the pair named on the bench tomorrow.

Wilfried Bony is set to make his competitive debut for the hosts following his move from Manchester City on deadline day having built up his match fitness in a behind-closed-doors friendly last week.

Defender Bruno Martins Indi could also make his debut following his move from Porto but Xherdan Shaqiri  has been ruled out with a calf injury. 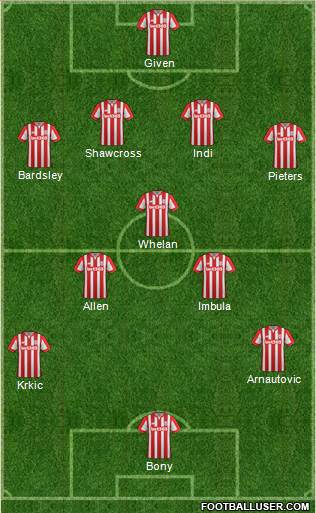 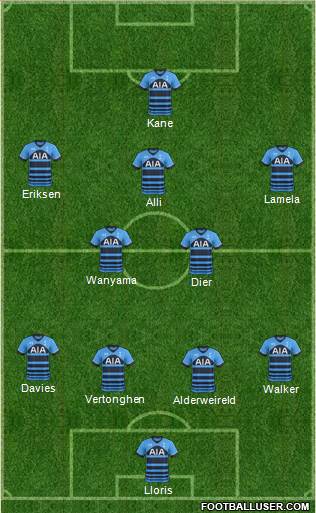 Stoke 1-2 Tottenham: Spurs have been solid and unspectacular so far in this season and they’ve yet to really hit the form they found throughout much of last year. However, Stoke have been poor in their opening three games and I think Tottenham will just edge this one tomorrow so I’m going for a 2-1 away win.