An injured Chelsea star is running out of time to prove his fitness to face Liverpool at Stamford Bridge on Friday night. Find out details here

Chelsea defender John Terry is running out of time to prove his fitness to face Liverpool on Friday night, according to the Telegraph.

Terry suffered an ankle injury during the closing stages of Chelsea’s 2-2 draw against Swansea City on Sunday afternoon after twisting his ankle following a clash with striker Leroy Fer.

The 35-year-old limped off the pitch at the final whistle after Diego Costa had salvaged a point following a late equaliser and the Blues skipper was seen leaving the Liberty Stadium on crutches.

Terry took to Instagram to post photos of his ankle in bandages while he also uploaded a video of him receiving treatment as he worked to try and get himself fit for Chelsea’s huge game with Liverpool later this week.

The long-serving defender was due to undergo a scan on Monday to determine the full extent of the injury, however, the Telegraph claim that the swelling was too severe so the medical staff have had to reschedule it for Tuesday. 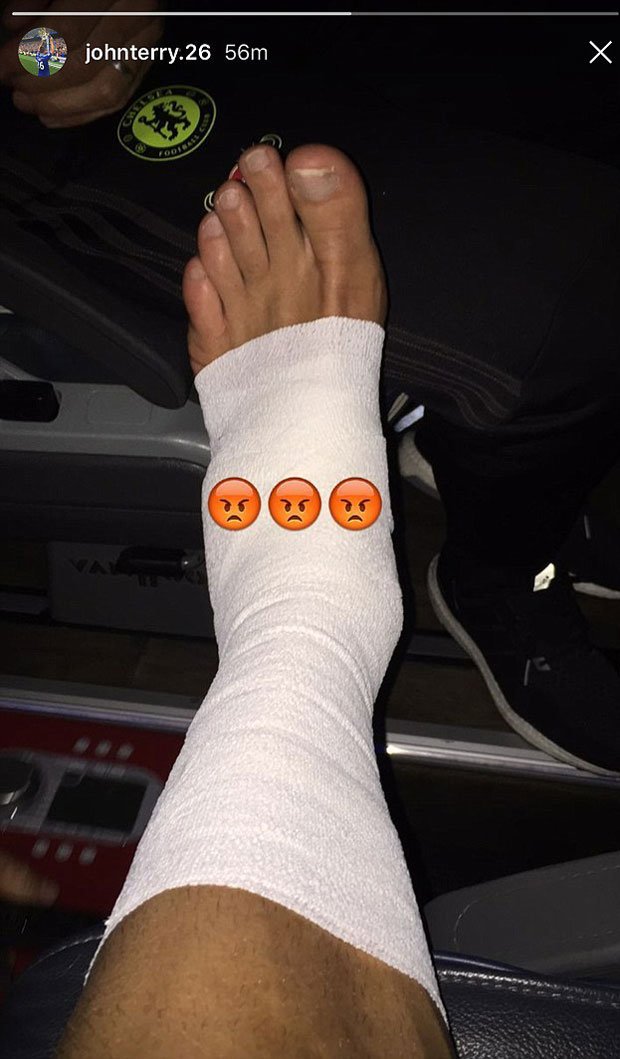 Therefore, the diagnosis won’t be known for another 24 hours meaning Terry now faces a race against time to prove his fitness ahead of Friday’s clash with the Merseysiders at Stamford Bridge.

Antonio Conte will be praying his captain makes a miraculous recovery – as has been known in the past – but summer signing David Luiz is on stand-by to make his second debut for the club if Terry is ruled out.

Luiz made a big-money return to west London from Paris Saint-Germain on transfer deadline day and could now make his first start alongside Gary Cahill against Liverpool on Friday.