Players from Arsenal, Liverpool, Chelsea, Man Utd, Man City and Tottenham have all been named on a 39-man shortlist for the UEFA 2016 Golden Boy Award.

Players from Arsenal, Liverpool, Chelsea, Manchester United, Manchester City and Tottenham have all been named on a 39-man shortlist for the UEFA 2016 Golden Boy Award.

Marcus Rashford has emerged as one of the hottest young talents in Europe after breaking in to the United first team earlier this year and he’s been rewarded for his excellent form by being nominated for this years Golden Boy.

Alex Iwobi has also enjoyed an excellent 2016 having forced his way in to Arsenal’s first team plans and he’s also named on the shortlist along with Man City attacker Kelechi Iheanacho.

Tottenham midfielder Dele Alli is unsurprisingly in contention for the Golden Boy Award after becoming a regular under Mauricio Pochettino following his move from MK Dons while he’s also established himself in the senior England team set-up.

However, the Premier League based youngsters will face stiff competition from throughout Europe with Real Madrid’s Marco Asensio, AC Milan’s Gianluigi Donnarumma and Bayern Munich’s Kingsley Coman among those also on the shortlist.

Here is confirmation of those youngsters in the running for the 2016 award: 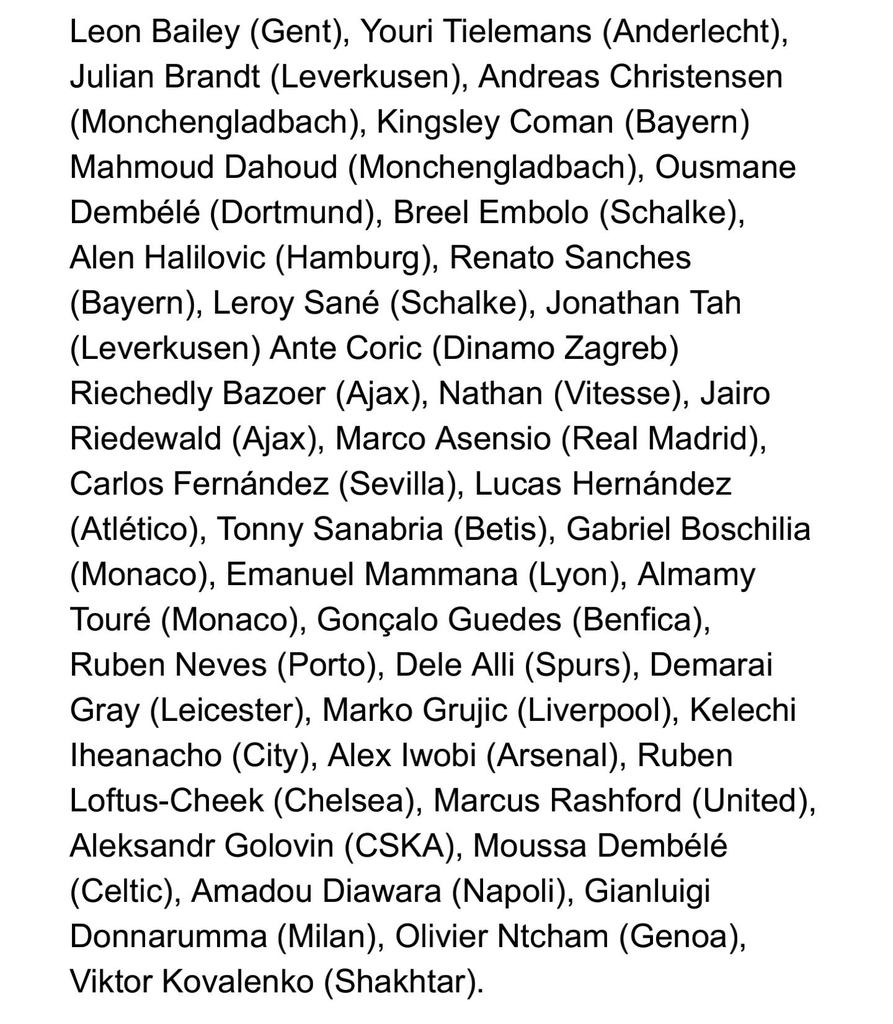 The Golden Boy Award is a prize given by sports journalists to players under the age of 21 who ply their trade in Europe’s top league’s and it’s now considered a prestigious honour following it’s inception in 2003.

Wayne Rooney, Paul Pogba, Lionel Messi, Sergio Aguero, Mario Gotze, Raheem Sterling and Anthony Martial have all won the award in the past so I’m sure the likes of Rashford and Alli will be keen to add their name to such an illustrious list.