Players from Chelsea, Liverpool and Tottenham have been included in Roberto Martinez’s latest squad for Belgium’s upcoming international’s.

Belgian boss Roberto Martinez has named his latest squad for their upcoming international’s and once again there is plenty of Premier League representatives.

Chelsea goalkeeper Thibaut Courtois is unsurprisingly named in the 25-man squad along with team mates Eden Hazard and Michy Batshuayi – who’s included despite his lack of regular playing time at Stamford Bridge.

Simon Mignolet may have lost the first team shirt at Liverpool but he’s still named in the Belgium squad along with team mate Divock Origi, with the striker also earning a call up despite barely playing for the Merseysiders in recent weeks.

Tottenham defender Jan Vertonghen is once again included while Moussa Dembele is also in the squad despite picking up a knock during Spurs Champions League defeat to Bayer Leverkusen in midweek.

However, there is no place for Tottenham centre-back Toby Alderweireld as he continues to nurse a knee injury that’s hampered him for the past month.

Belgium take on Holland in a friendly next week before continuing their World Cup qualification campaign when they entertain Estonia on November 13th.

Here is the full 25-man Belgian squad for the games: 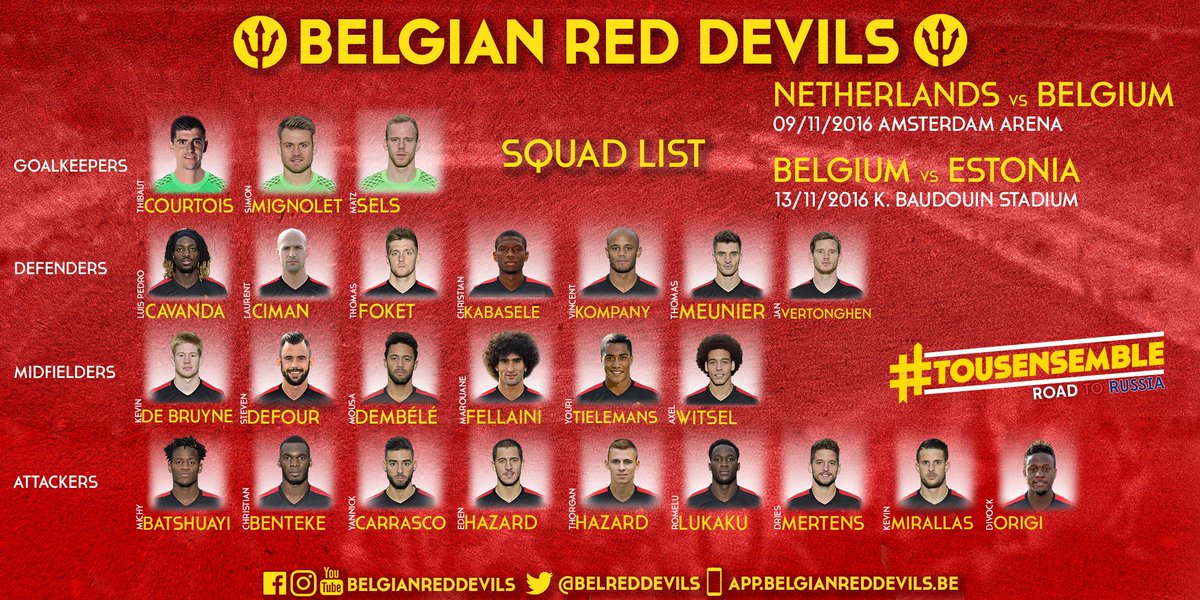