Manchester United have held talks with the agent of Anderlecht midfielder Leander Dendoncker about a potential move to Old Trafford, according to reports

Managers are now pressing ahead with their plans for the summer transfer window so we’ll bring you all the latest news and gossip from around the globe. Today, Man Utd are linked with Leander Dendoncker… 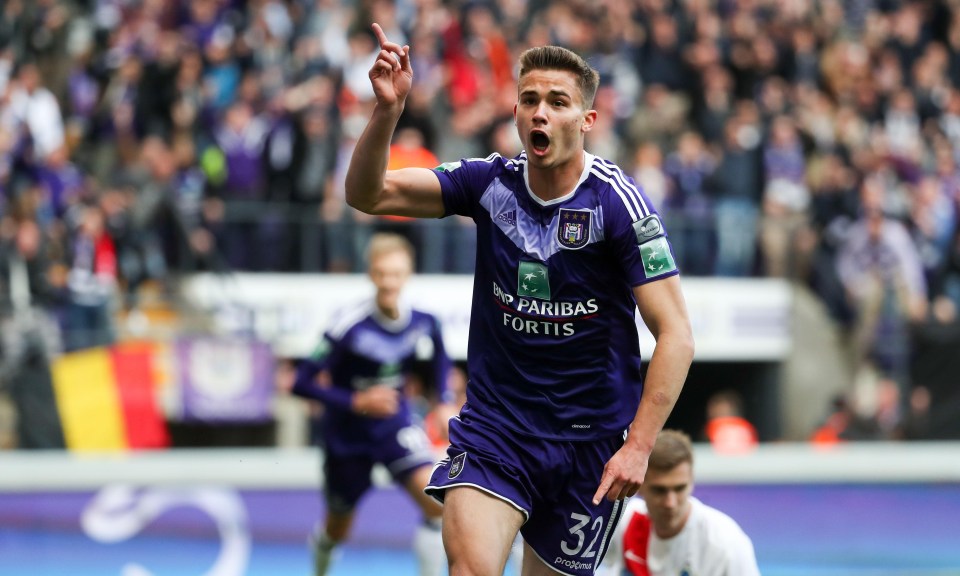 Manchester United have held talks with the agent of Anderlecht midfielder Leander Dendoncker about a potential move to Old Trafford, according to a report in the Mirror.

Dendoncker has emerged as one of the brightest prospects in Belgian football after progressing through the Anderlecht youth system to become a first team regular while he’s also earned his first cap for the Belgian national team.

The 22-year-old caught Jose Mourinho’s eye after scoring against United during their Europa League quarter-final clash last season and the Portuguese boss had words with the midfielder after the final whistle.

The Mirror claim that United have scouted Dendoncker extensively and would have been impressed by what they saw as he played every minute to help Anderlecht win the title last season.

It seems Mourinho has stepped-up his interest as the Mirror are citing a report from the Manchester Evening News that claims United have already made contact with the midfielders representatives to discuss a possible move.

Understandably, Anderlecht are reluctant to lose their key man and the report suggests they would demand up to £31m for his signature if a club like United come calling.

Mourinho has been in the market for a defensive midfielder this summer to act as a long-term replacement for Michael Carrick and 6ft 2in Dendoncker would certainly fit the sort of criteria the ‘Special One’ is looking for.

However, after recently wrapping-up the signing of Nemanja Matic from Chelsea, the newspaper says sources close to the player feel any deal with United is unlikely to happen this summer.

The youngster would struggle to hold down a regular place if he moved to Old Trafford this summer so it makes sense he stays at Anderlecht and continues to develop his skills.

No doubt the Manchester giants will continue to monitor his progress over the coming season and Mourinho may decide to renew his interest in 12 months time if Dendoncker continues to impress.