Managers are now pressing ahead with their plans for the final weeks of the summer transfer window so we’ll bring you all the latest news and gossip from around the globe. Today, Chelsea are eyeing a double swoop on PSG…

Chelsea are eyeing Tottenham and Manchester United target Serge Aurier as part of a double raid on Paris Saint-Germain that also includes midfielder Grzegorz Krychowiak, according to The Sun.

Antonio Conte has made no secret of his desire to further strengthen before the end of the month as he knows his threadbare squad isn’t capable of competing on all fronts this season.

A new defender to compete with Victor Moses in the right wing-back role is a priority and The Sun are citing reports from France as saying that Conte has set his sights on Aurier.

The Ivory Coast international is set to leave PSG following the arrival of Dani Alves and the full-back has attracted plenty of interest from the Premier League this summer.

The Mirror reported earlier this week that Tottenham were set to beat Man Utd to the signing of Aurier after supposedly agreeing a £20m fee with PSG for his signature.

Mauricio Pochettino has vowed to be active during the closing stages of the window having yet to make a single signing so far this summer and Aurier has seemingly been identified as the man to replace Kyle Walker following his move to Man City.

Jose Mourinho is also in the market for further additions as he looks to build a squad capable of competing for the title this season and Aurier would have been a long-term replacement for 32-year-old Antonio Valencia if he moved to Old Trafford. 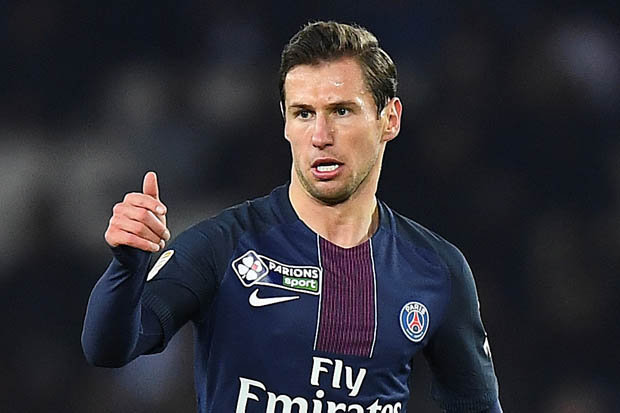 However, it looks like Chelsea are now in the mix for his signature and Aurier could be part of a big-money double swoop on PSG as The Sun claim Conte is also eyeing Krychowiak.

The Polish midfielder is set to leave the Parc des Princes as the French giants look to balance the book following Neymar’s world record signing and the newspaper cites a report from GFFN that claims Chelsea are showing a keen interest.

Conte is looking to sign another midfielder after selling Nemanja Matic to Man Utd and I think Krychowiak would be an excellent addition if they could lure him to Stamford Bridge before the end of the month.

The 27-year-old was excellent during his time with Sevilla but hasn’t really settled at PSG since joining the club last summer so I could see him being a real hit if he’s given the chance to shine at Chelsea.