Chelsea take on Atletico Madrid in Spain this evening. Here is a preview with team news, line-ups, betting tips and predicted score

Chelsea will look to take control of their Champions League group with a positive result when they take on Atletico Madrid at the Wanda Metropolitano this evening.

The Blues got their campaign off to the perfect start after thrashing Qarabag 6-0 at Stamford Bridge earlier this month while Madrid and Roma drew in the other Group C game.

Therefore, Chelsea can take a huge step towards qualification to the knockout stages with a positive result against Madrid tonight and they’d go five points clear of the Spaniard’s with a win.

However, Diego Simeone’s side come in to the game in fine form as they sit second in the La Liga table having won four and drawn the other two of their opening six games this season so Antonio Conte will know this will be a tough test.

Chelsea are expected to welcome David Luiz back in to the side this evening. The Brazilian international is serving a three-game domestic ban but he’s been passed fit to play in Europe despite breaking his arm against Arsenal earlier this month.

Eden Hazard is also set for a recall to the starting eleven after being named among the substitutes during Saturday’s impressive 4-0 win at Stoke City.

Pedro is expected to recover from a minor knock to start in attack while Gary Cahill should return in defence but Danny Drinkwater remains out with a calf injury.

Diego Costa obviously won’t be involved for Madrid despite sealing his move back to Spain this week as he’s not eligible to feature for his new team until January. 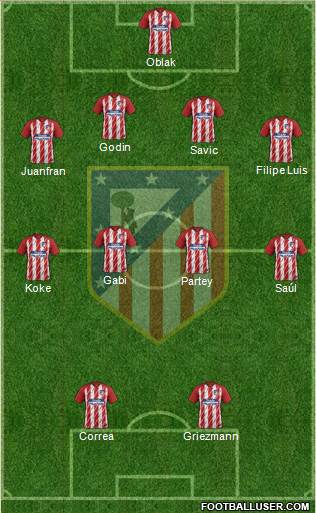 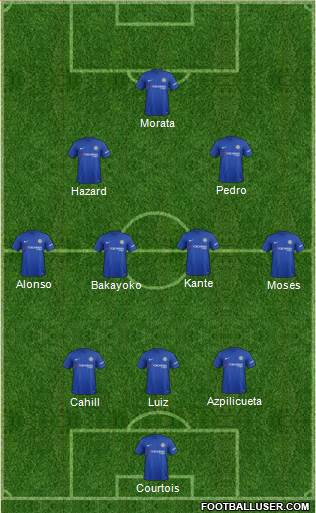 Atletico Madrid 1-1 Chelsea: The last two encounters between the two sides have ended in draws and I think that’s the most likely result again tonight. Madrid are hard to beat and are dangerous going forward but the same can be said of Chelsea. The Spaniard’s have only lost one of their last 23 Champions League games on home soil so I think it’s a tall order for the Blues to win but I’m backing them to bring home a useful point.

Chelsea are best priced 11/4 to win this game with the bookmakers but we can get new customers enhanced odds of 50/1 on the Blues – just click here to take advantage of these incredible odds [winning paid in free bets, max stake £1, T&C’s apply].