Arsenal take on Huddersfield at the Emirates this evening. Here is a preview with the latest team news, line-ups and prediction

Arsenal have an excellent chance to cement their position in the top four when we entertain Huddersfield at the Emirates this evening.

We followed-up our win over Tottenham by grinding out a 1-0 victory over Burnley at Turf Moor on Sunday afternoon thanks to a last gasp Alexis Sanchez penalty.

That win saw us climb above Spurs in to fourth spot and with our north London rivals losing at Leicester last night we can open-up a five-point gap with victory tonight.

We should be confident of collecting all three points as we’ve won our last 11 league games at home and look to be finally making the Emirates something of a fortress.

However, Huddersfield have enjoyed a solid return to the Premier League as they’ve taken 15 points from their 13 games so far and were unfortunate to lose to Man City at the weekend so we shouldn’t be taking anything for granted.

Arsenal will make a late decision over Mesut Ozil’s involvement tonight after he returned to training yesterday following illness but I think Arsene Wenger may hold him back for the Man Utd game.

Alex Iwobi has a dead leg so is unlikely to keep his place meaning Danny Welbeck could be recalled in attack – although Jack Wilshere is another viable option for the manager.

Wenger insists he’ll resist the temptation to rest any of our key players ahead of the United match so with the exception of Ozil, we should see virtually a full strength Arsenal side tonight.

Huddersfield will be without Rajiv van La Parra after he was sent off after the final whistle against City while Philip Billing (ankle), Michael Hefele (knee) and Jon Gorenc Stanković (Achilles) are all long-term absentees. 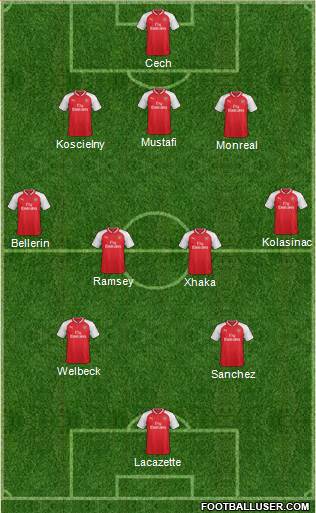 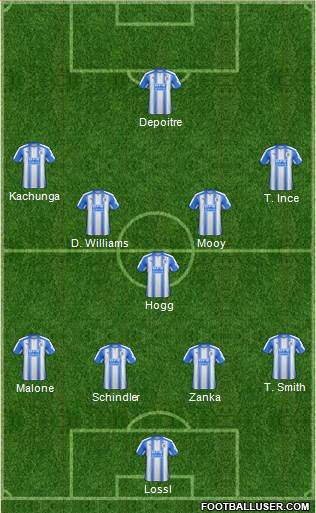 Arsenal 2-0 Huddersfield: We are in a superb run of form at the Emirates while Huddersfield have struggled on the road this season. This is a great opportunity to put some distance between us and Spurs, and I’m backing the boys to secure a 2-0 win.

Arsenal are the 1/5 favourites to win this game with the bookmakers but we can get new customers enhanced odds of 18/1 on the Gunners – just click here to take advantage of these incredible odds [winning paid in free bets, max stake £1, T&C’s apply]. 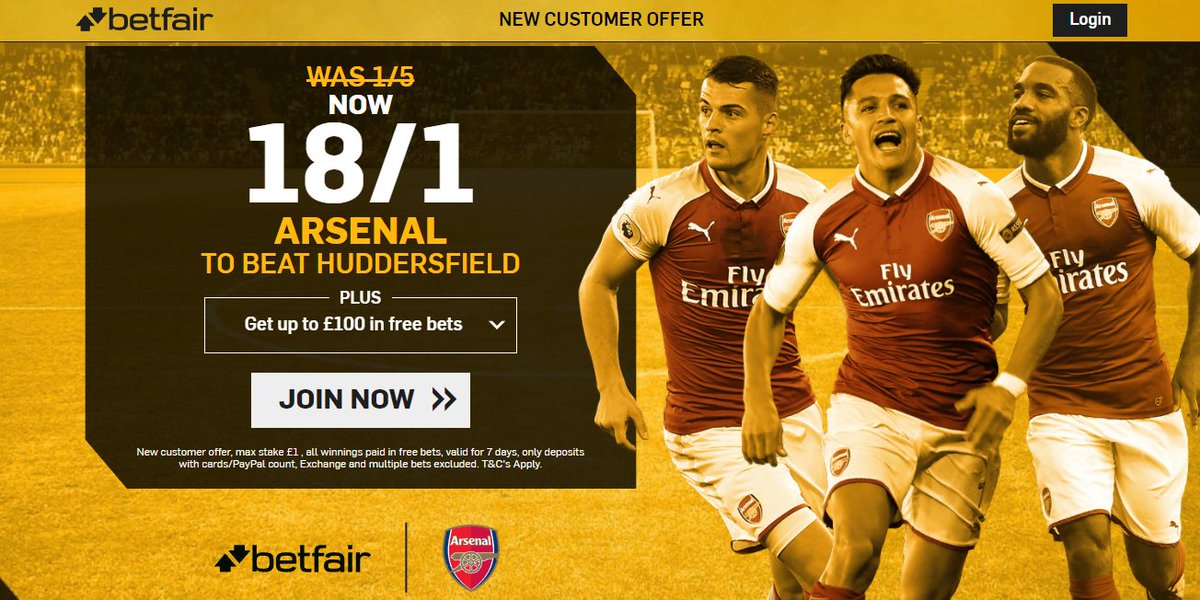