Pierre-Emerick Aubameyang has been spotted arriving at Dortmund airport with his family ahead of completing a proposed £55m move to Arsenal.

The January transfer window is coming to a close so clubs are working hard trying to strengthen their squads for the second half of the season and put deals in place for the summer. Today, the latest on Pierre-Emerick Aubameyang…. 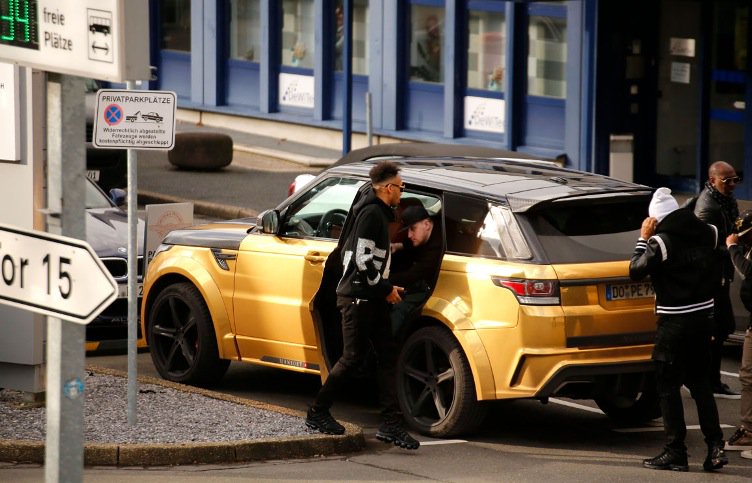 Pierre-Emerick Aubameyang has been spotted arriving at Dortmund airport with his family ahead of completing a proposed £55m move to Arsenal.

We’ve been in advanced negotiations with Borussia Dortmund for over a week trying to thrash out a deal as Arsene Wenger looks to strengthen his attack following the departures of Alexis Sanchez and Theo Walcott.

German outlet Kicker reported yesterday that we’d finally agreed a deal worth around £55m for Aubameyang’s signature while the striker has also agreed personal terms over his move to north London.

The proposed transfer has been held up while Dortmund secure a replacement and talks are on-going regarding Olivier Giroud possibly heading to Germany in the opposite direction.

We’ve also seen reports suggesting that Giroud could join Chelsea which would allow Michy Batshuayi to join Dortmund in what would be a complex striker merry-go-round.

Arsenal fans are concerned that Chelsea could scupper our deal to sign Aubameyang but it seems things are now moving in the right direction as the 28-year-old has been spotted arriving at Dortmund airport with his family.

Obviously we can’t say for certain where the striker is heading but it’s safe to assume he’s en route to London ahead of completing his proposed move to Arsenal.

The transfer window closes tomorrow night at 11pm so the clock is ticking to get this deal finalised so it makes sense Aubameyang would be heading to the capital even if all the finer details of his deal aren’t complete yet.

Let’s see how things progress over the coming hours but Aubameyang coming to England is a HUGE sign that his switch to Arsenal is close to completion….