The January transfer window in now closed so it’s time to look at those deals that didn’t get over the line and those being lined-up for the summer. Today, Man Utd have joined the race to sign Andrija Zivkovic…. 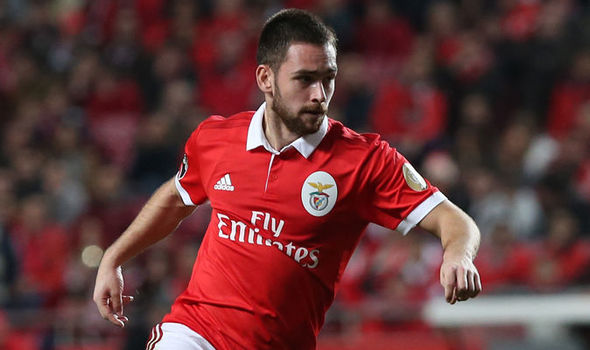 Manchester United have joined Arsenal in the race to sign Benfica’s highly-rated Serbian international winger Andrija Zivkovic this summer, according to reports in Italy via the Mirror.

Zivkovic came through the youth ranks at Partizan Belgrade and burst on to the scene aged just 17 with the teenager providing 24 goals and 13 assists in 93 games to earn a move to Benfica in 2016.

The 21-year-old has continued to forge a reputation as one of the most exciting young attackers in Europe during his time in Portugal having made 42 appearances for Benfica over the past 18 months.

Zivkovic has also made an impression at international level as he has 7 caps for the senior Serbian team after helping the Under-20’s win the World Cup in the summer of 2016.

His potential has caught the attention of a number of clubs throughout Europe and it seems clubs here in the Premier League are among those vying for the youngsters signature.

The Mirror are citing a report from TransferMarketWeb that claims Manchester United have now joined Arsenal in the race to sign Zivkovic if the winger decides to leave Benfica this summer.

Arsene Wenger is always on the look-out for talented youngsters and the Arsenal boss still needs to find a replacement for Theo Walcott following his move to Everton last month.

It seems Zivkovic is on the Frenchman’s radar but the Gunners will face stiff competition from United as Mourinho has the financial firepower to compete with their rivals for his signature.

Zivkovic is predominantly a right winger but he’s also comfortable playing on the left or even through the middle so his versatility is sure to appeal to Arsenal and United.

We’ll have to wait and see how things progress over the coming months but Zivkovic would be an exciting talent for the future if Arsenal or United were able to win the race for his signature this summer.