The January transfer window in now closed so it’s time to look at those deals that didn’t get over the line and those being lined-up for the summer. Today, the latest on Arthur Melo…. 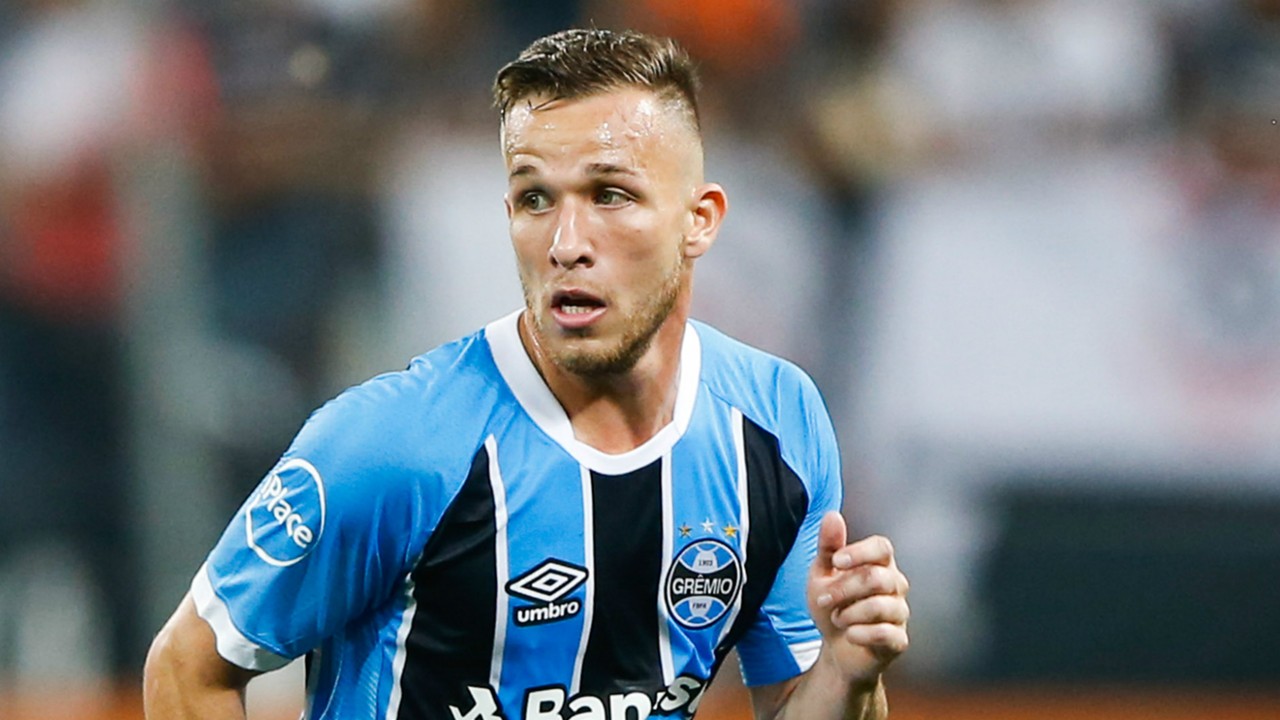 Manchester United are facing a fight to sign Arthur Melo as Barcelona have moved in to pole position to land the £35m-rated Gremio midfielder this summer, according to a report in the Mirror.

Arthur joined Gremio as a teenager and progressed through the youth ranks to emerge as one of the most exciting players in Brazilian football since breaking in to the first team set-up in 2015.

The 21-year-old is now an important part of the Gremio squad having made 50 appearances over the last year while he was also called up to the senior Brazil squad for their last round of World Cup qualifiers.

The midfielder’s potential has attracted interest from some top clubs here in Europe with Man Utd among those strongly linked with a move for the South American in recent months.

Jose Mourinho is expected to be in the market for at least one new midfielder this summer as Michael Carrick is due to retire in June while Marouane Fellaini is in the final months of his contract and is yet to sign an extension.

Arthur appears to be firmly on Mourinho’s radar, however, it looks like United have a battle on their hands as the Mirror claim Barcelona have now moved in to pole position ahead of the Red Devils.

The newspaper is citing a report from TeamTalk that says Arthur is keen on a move to the Nou Camp as long as Barca can agree terms with Gremio with the Catalans sending a delegation to Porto Alegre to try and thrash out a deal.

The Daily Mail reported last month that Gremio would sell for around £35m and that sort of money shouldn’t be a problem for a club with the resources of Barcelona.

However, until an agreement is reached, United won’t give up hope of winning the race to sign Arthur and I think he’d be an exciting addition if Mourinho was able to lure him to Old Trafford.