Kepa Arrizabalaga is set to fly to London to finalise his move to Chelsea after the Blues agreed to pay the goalkeepers £71.5m release clause

The summer transfer window is drawing to a close and managers are working hard to secure last minute deals so we’ll bring you all the latest gossip from around the globe. Today, Chelsea are set to sign Kepa Arrizabalaga… 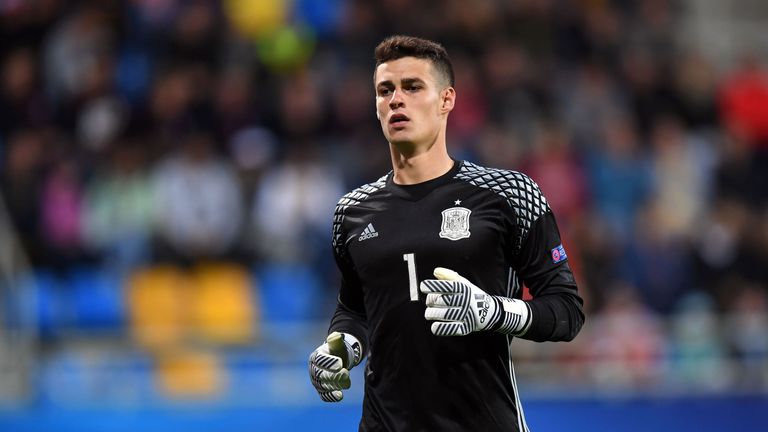 Kepa Arrizabalaga is set to fly to London to finalise his move to Stamford Bridge after Chelsea agreed to pay the Athletic Bilbao goalkeepers £71.5m release clause, according to Spanish outlet AS.

Maurizio Sarri has been on the look out for a new number one after Thibaut Courtois went AWOL and refused to turn up to pre-season training as the Belgian international tries to force through a move to Real Madrid this summer.

Chelsea have been linked with a number of goalkeepers in recent weeks with the likes of Alisson Becker, Jan Oblak, Jordan Pickford, Jack Butland and Sergio Rico all touted as targets in the media but it seems Sarri has settled on the man he wants to replace Courtois between the sticks.

Kepa has emerged as the prime target and AS claim Chelsea have been trying to convince the 23-year-old to move to west London after they agreed to meet his £71.5m release clause – which will be a world record fee for a goalkeeper.

The Spanish publication says Kepa has now given the green light to joining Chelsea and has travelled to Madrid this evening before flying to London on Wednesday to finalise his sensational move to Stamford Bridge.

AS claim negotiations are virtually wrapped-up so Kepa is on the verge of becoming Chelsea’s third signing of the summer following the arrivals of Rob Green and Jorginho. British newspaper the Telegraph support these claims so it looks like this deal is on the cards.

Kepa has been with Athletic Bilbao his entire career and has developed in to one of the most talented young keepers in Europe while he was also named in the Spanish World Cup squad this summer.

If Chelsea manage to get this transfer over the line then it seems inevitable that Courtois will then be free to complete his proposed switch to Madrid with the European champions reportedly paying around £35m for the Belgian star.

It’s expected to be a busy few days for Chelsea as they are also reportedly on the verge of signing Mateo Kovacic on an initial season long loan deal so Sarri could have two new recruits before the window slams shut.