Mateo Kovacic was all smiles after completing his season-long loan deal to Chelsea from Real Madrid as part of Thibaut Courtois’ switch to Spain.

The summer transfer deadline day has arrived and managers are working hard to secure last minute deals so we’ll bring you all the latest gossip from around the globe. Today, Mateo Kovacic completes his move to Chelsea…. Mateo Kovacic was all smiles after completing his season-long  loan deal to Chelsea from Real Madrid as part of Thibaut Courtois’ switch to Spain.

Kovacic has been desperate to leave Madrid this summer after struggling to establish himself at the Bernabeu since arriving from Inter Milan three years ago as the likes of Casimero, Toni Kroos and Luka Modric have all kept him out of the starting eleven.

The Croatian international made it clear to Madrid officials he wanted to leave in search of regular first team football and Chelsea emerged as the front-runners for his signature after enquiring about the midfielder during discussions over Courtois.

Chelsea announced on Wednesday night that a deal had been agreed for Kovacic to join the club on a season-long loan subject to a medical and Courtois completing his permanent move to Madrid.

Those formalities have now been completed and an announcement on Chelseafc.com this morning confirmed that Kovacic has wrapped-up his move to Stamford Bridge. 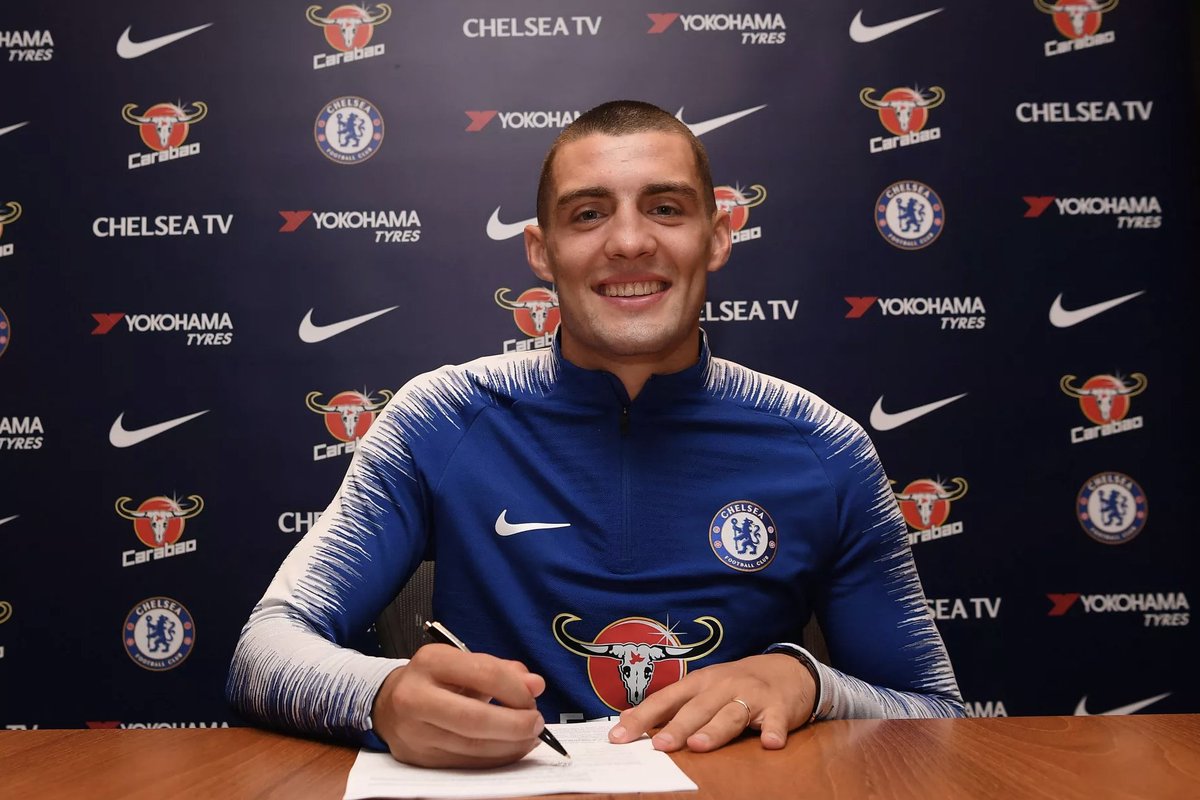 After completing the move, Kovacic told the clubs website he’s excited to have joined Chelsea and is looking forward to the season ahead:

‘I am really happy and excited to be here at Chelsea. It is an amazing feeling. I will try to do my best for this club. It is a new league for me, the beginning is always tough but I am sure the coach and my new team-mates will help me and I am looking forward to a great season.’

Contrary to previous reports earlier this week, it’s understood there is no clause in the deal allowing Chelsea to make the move permanent next summer so Kovacic will return to Madrid in 12 months time.

The 24-year-old is a hugely talented midfielder so this should prove to be an excellent piece of business for Chelsea and Kovacic could now form an exciting trio alongside N’Golo Kante and Jorginho in the middle of the park.

It’s been a busy few hours for Chelsea as not only has Courtois left for Madrid but the club replaced him with the £71.6m signing of Kepa from Athletic Bilbao.