Man Utd take on Brighton at the Amex Stadium on Sunday afternoon. Here is a preview with the latest team news, line-ups and prediction Manchester United will look to build on their win over Leicester when they take on Brighton at the Amex Stadium on Sunday afternoon.

United secured a hard fought 2-1 win over the Foxes last Friday night with Paul Pogba opening the scoring from the penalty spot early on while Luke Shaw got what turned out to be the winner in the second half.

Jose Mourinho has been forced to dismiss reports of a bust-up with Pogba last week with the Man Utd boss insisting he wants the midfielder to stay at Old Trafford amid speculation over a move to Barcelona.

Brighton will be looking to bounce back after slumping to a 2-0 defeat to Watford on the opening weekend of the new season so boss Chris Hughton has demanded a response from his players.

United right-back Antonio Valencia is back in full training after recovering from a calf injury but he’s not considered fit enough to be available for selection just yet so Matteo Darmian will continue in defence.

Nemanja Matic is also not ready to return as he continues to build on his fitness following surgery in the summer while Jesse Lingard may only be fit enough for a place on the bench.

Ander Herrera, Sergio Romero, Marcos Rojo and Diogo Dalot remain out but Romelu Lukaku is expected to return to the starting eleven after coming off the bench against Leicester.

Brighton will be without Bruno due to a hamstring injury so he joins Florin Andone and Jose Izquierdo on the sidelines but Martin Montoya could make his debut. 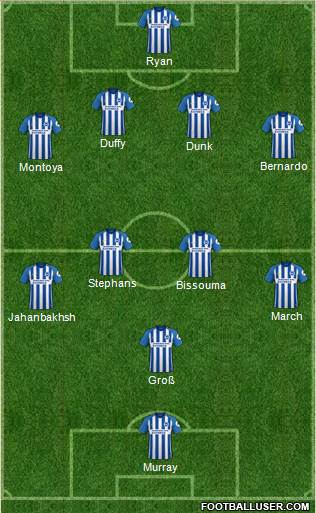 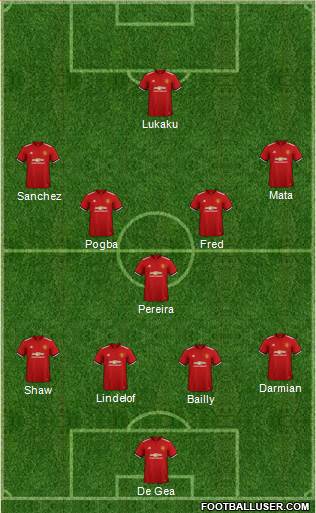 Brighton 0-1 Man Utd: United tasted defeat at this ground last season but I don’t think we’ll see a repeat result tomorrow. Brighton were poor last week and United will be much stronger with the return of Lukaku up front. I do expect a close game but fancy United to edge it.

The bookmakers make United the 4/5 favourites to win the game but we can get new customers enhanced odds of 33/1 on the visitors – just click here to take advantage of these incredible odds.